As the goings-on in Washington continue to deteriorate, it has been learned that EPA Principal Deputy Assistant Administrator Barry Breen testified before a House oversight subcommittee on Thursday, telling Congress the government needs to plan for the ongoing threat posed to Superfund sites by climate change, reports the Associated Press.

Of course, Breen’s testimony conflicts with the EPA’s policy positions under President Trump who has called climate change a hoax, while Breen’s boss, EPA Chief, Scott Pruitt is an ardent supporter of fossil fuels and another climate denier.

During the hearing, Representative Jerry McNerney, a California Democrat, asked Breen if extreme weather events like hurricanes and wildfires could damage the highly toxic sites and cause contamination to spread. 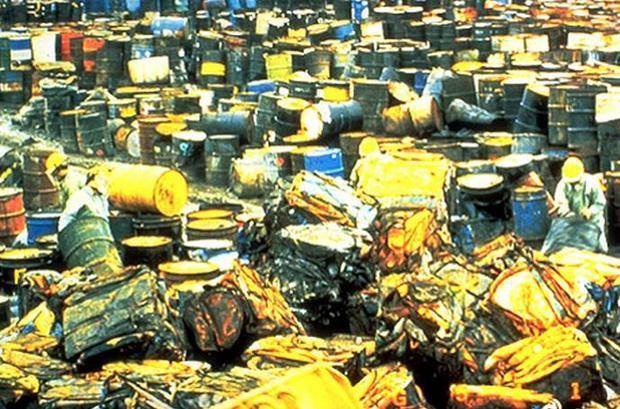 The Valley of Drums, a toxic waste dump located in Bullitt Co. Kentucky is one of the reasons the U.S. Superfund law was enacted.
Environmental Protection Agency
“We have to respond to climate change, that’s just part of our mission set,” replied Breen, a career official who leads EPA’s Office of Land and Emergency Management. “So we need to design remedies that account for that. We don’t get to pick where Superfund sites are. We deal with the waste where it is.”

How many Superfund sites do we have?
And there are a lot of Superfund sites spread across the nation – Actually 1,322 as of 2014, with nearly 2.0 million people, mostly low-income, living within a mile of 327 of the sites in areas prone to flooding or vulnerable to sea-level rise caused by climate change, according to an Associated Press analysis of flood zone maps, census data, and records from the Environmental Protection Agency.

Topping the list of the worst Superfund sites are New Jersey and California, with 35 sites each. They are closely followed by Florida, with 31 sites and Texas, with 24 sites. And we all know what a year 2017 turned out to be with rampant wildfires in California and other western states, and hurricanes and flooding in the Southeast and in Puerto Rico.

There is no question these sites need to be cleaned up, not only to protect the environment but for the health and safety of people living around these toxic sites. We saw what happened in Houston, where 13 of Houston’s 41 Superfund sites were flooded or damaged by Hurricane Harvey, according to the EPA. 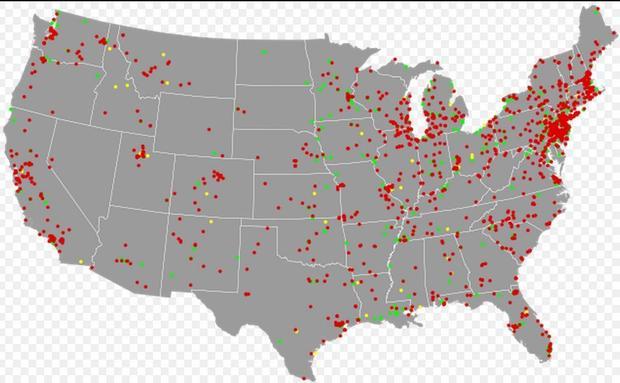 Superfund sites in the contiguous United States, as of March 2010. Red indicates currently on final National Priority List, yellow is proposed, green is deleted (usually meaning having been cleaned up).
Skew1
What is the EPA doing about Superfund sites?
In 2014, under President Obama’s administration, the EPA issued an energetic plan for dealing with and cleaning up Superfund sites located in flood zones and areas vulnerable to sea level rise. However, in 2017, under the Trump administration, and just two days before Hurricane Harvey hit the Texas coastline, Trump signed an executive order revoking them.

In May 2017, Scott Pruitt promised to get “hands-on” with the Superfund program in order to expedite the cleanup of contaminated sites around the country, with a focus on those NPL sites. As part of Pruitt’s strategy, he established a task force to provide recommendations on how to go about the cleanup. He appointed a political supporter from his home state with no experience in pollution cleanups to lead the group.

In June 2017, the task force issued a 34-page list of 42 recommendations that makes no mention of climate change, flooding risks from stronger storms or rising seas. 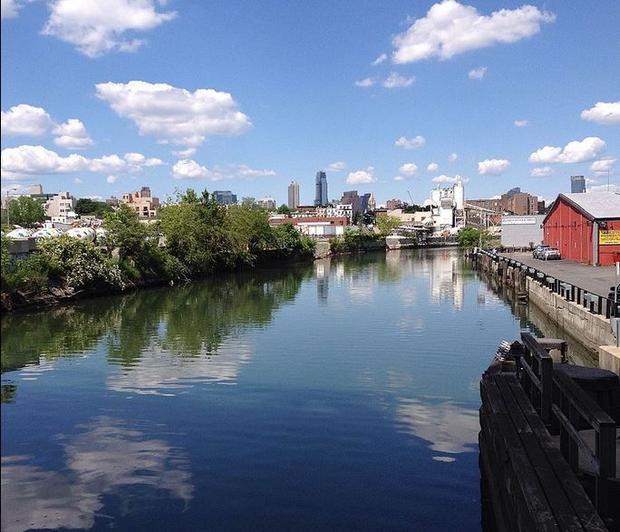 This June 7, 2014 photo of the Gowanus Canal in Brooklyn shows a serene and pastoral setting. But the waters are literally “toxic.”
Peak Player (CC BY-SA 4.0)
According to several news agencies doing a follow-up on the task force report that Pruitt signed immediately, a Freedom of Information Act request seeking a long list of documents related to the development of Pruitt’s plan and the proceedings of the task force laid bare some astounding information.

The task force had no agenda for its meetings, kept no minutes and used no reference materials. And, according to EPA, the task force also created no work product other than its final report. Now here is something interesting – The man hired to lead the task force was Albert “Kell” Kelly. Kelly was previously the chairman of Tulsa-based SpiritBank, where he worked as an executive for 34 years.

Actually, according to CBS News, citing the Associated Press, Kelly was hired by Pruitt after federal financial regulators cited Kelly for unspecified violations while serving as the top executive at SpiritBank. This was the same bank that provided $6.8 million in financing when Pruitt and his business partners purchased Oklahoma City’s minor league baseball team in 2003. 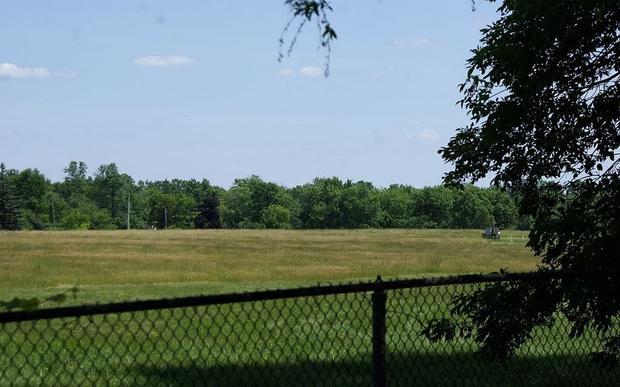 A view of Love Canal in 2012: Most toxic areas on the site have been resealed or removed.
“Ground Zero” is still fenced off.
Buffalutheran (CC0 1.0)
Advertisement. Scroll to continue reading.
Breen was asked why Kelly, who was supposed to testify before the Congressional committee, was barred by the Federal Deposit Insurance Corporation from working for any U.S. financial institution. Breen said Kelly had decided to settle the case against him and “is fully willing to discuss this matter.” However, Kelly did not respond to emails seeking comment.

The list of sites has nothing to do with the cleanup of some of the country’s most toxic sites, and the list includes many sites that were already cleaned up during President Obama’s administration. So to answer the question, What is the EPA doing about cleaning up and preparing Superfund sites for the ravages of climate change? The simple answer is – “Nothing.”