The illegal sale of organs in India is actually nothing new. The black market sale of kidneys has been going on for years, despite laws forbidding organ-trafficking being in place since 1994. The crooks have just made doubly sure they weren’t caught.

The extent of organ trafficking was brought to light again with the discovery of a black market in kidneys being played out in one of India’s most prestigious private health-care institutions, the Indraprastha Apollo Hospital. Doctors there are claiming they were duped into removing kidneys from donors which ended up being sold for cash. 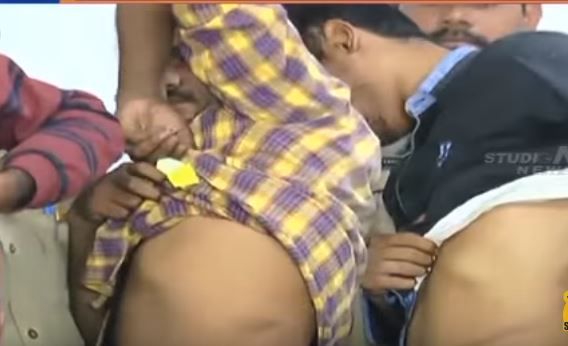 In fact, according to the UPI, the organs were removed so the donors could sell their own organs for cash. Using fake documents, the donors led the hospital to believe they were donating their kidneys to help a sick relative. The hospital, in a statement, said it was the victim of “a well-orchestrated operation to cheat patients and the hospital.”

India’s organ donor problem
Basically, India’s need for donated organs is far greater than the supply available. This dire need for all types of organs was highlighted last year when the Union Health Ministry launched a nationwide organ registry in November 2015. According to India Today, Health Minister JP Nadda said at that time, “Earlier only kidney donors were included in this register, but now it caters to the demands for kidney, liver and heart transplants also.” 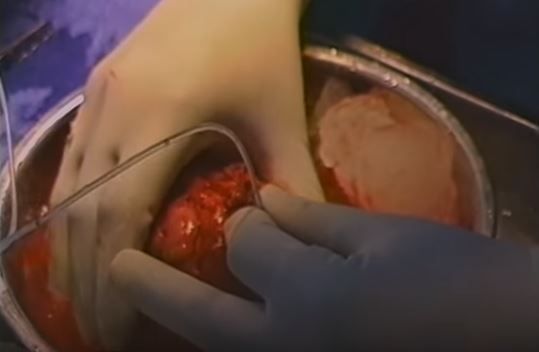 A kidney just removed from a donor.
Al Jazeera English

But there are still cultural and religious biases in play in a country where 60 percent of its people still live in villages. For one, the very concept of donating an organ is a new idea, especially the concept of taking a donor organ from a dead body, as is done in Western nations.

Dr. Rakesh Rai is a senior consultant and transplant surgeon at Fortis Hospital in Mulund, a suburb of Mumbai. He says, “Not everyone is so educated that they understand about organ donation. Not all doctors know how to identify the people who can donate their organs and they’re not geared towards organ donations. Also, you need to have good connectivity. Imagine that the donor is somewhere in the rural part of India – how do you take out the organ and bring it to a major centre?”

Then there are the real or perceived religious beliefs among many people. This alone has kept some people from donating their organs after death. Rajendra Patankar, the chief operating officer at the Nanavati Super Speciality Hospital in Mumbai, says, “It’s basically due to the lack of awareness among the general population. There are certain people who feel that it is restricted as per their religion. That is not the case in reality – none of the religions in India is against organ donation.”

Social media’s role in illegal organ trafficking
There is no doubt that social media has had an impact on organ donations, and this is a good thing in the right context. There are countless stories of a family desperately trying to find a bone marrow donor for a child or a kidney for a loved one with a rare blood type. This illustrates the positive use of social media in our lives.

But there is another side to the story, and it involves the kidney-brokers and their flourishing trade in illegal kidney donations in India. Aljazeera.com did a story in October 2015 on the multimillion-dollar black market for kidneys in India. One kidney broker, speaking on the condition of anonymity told reporters, “If you have the money and want it fast, you come here. I will find you a donor and you can go home with a new kidney in a month

And that is part of a very real problem worldwide. According to the World Health Organisation (WHO), South Asia is the leading “transplant tourism” place to go, and India is the leading kidney supplier. Every year, over 2,000 Indians give up a kidney for money and most of those kidneys go to foreigners.

The upsurge in the need for kidneys is driven by an increase in renal disease, high blood pressure, and diabetes across the globe. This is where social media is helping the illegal trade in organs to flourish. Brokers are openly lurking unsuspecting people on dozens of Facebook pages fashioned to appear like kidney and transplant support groups.