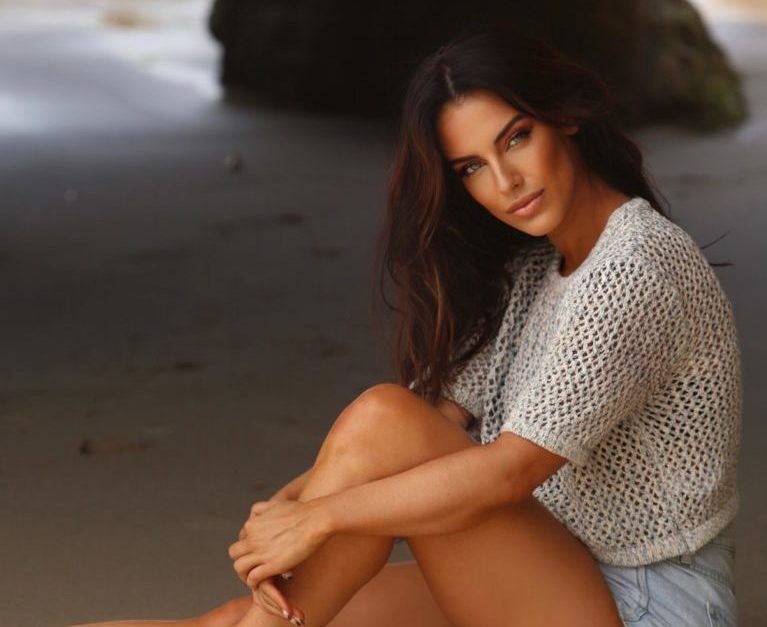 Actress and singer Jessica Lowndes chatted about her new visual album “ELEMENTAL,” which comes out on Friday, August 19.

Walt Disney once said: “All our dreams can come true, if we have the courage to pursue them.” Jessica Lowndes is living proof of this wise quotation by the cartoon legend.

On the song selection approach for her new CD, Lowndes said, “I started working on this album during the pandemic. Everything had shut down (movie-wise) for the unforeseeable future, and I was staying in my parent’s house and my father encouraged me to do this.”

“I had always wanted to record a full-length album,” she admitted. “I started writing and I reached out to a bunch of producers that I had worked with in the past. We started writing over Zoom and everyone was in a different country. It was such a collaborative process and it was really cathartic for me.”

Lowndes shared that she flew to Los Angeles on May 20, 2020, and she recorded the first song for the album, which was “Hunter.” “We just kept recording and working on it, and the album kept evolving,” she said. “I have enough content for a deluxe album now.”

“This has been an incredible journey and I have so much gratitude for everyone that has been involved,” she added. “I am so unbelievably proud of it because we filmed all of the seven music videos in six days, and it was self-financed. It was such a special project. ‘ELEMENTAL’ was a labor of love and we filmed the videos in under a week.”

She acknowledged that the song “Hunter” was a workout and it took about six hours to record since it involved many harmonies and different parts. “It’s an intense song but I really took my time with it. The song is so powerful and it just felt right to release it two years later,” she said.

Lowndes listed “Kintsugi” as her personal favorite song on the album. “The song is all about hope, being kind, and loving yourself,” she said. “It’s a celebratory song for me. It’s very powerful and I recorded it in my closet. I love that whole concept.”

“I love all of the songs for different reasons,” she said. “They are all parts of a journey.”

On the title of the current chapter of her life, Lowndes said, “Living in the moment and soaking in all of this hard work.” “This album and the directing was a lot of hard work so I want to soak every single second of it as I put it out to the world, and bask in it. I am very proud of it,” she said.

The original movie “Harmony From The Heart,” which she wrote and served as an executive producer, garnered a favorable review.

For her fans, she concluded about her new music, “I want them to feel inspired and come away feeling hopeful. Hope is the biggest thing and my greatest message in this album.”

To learn more about Jessica Lowndes, follow her on Instragram and check out her Linktree page.