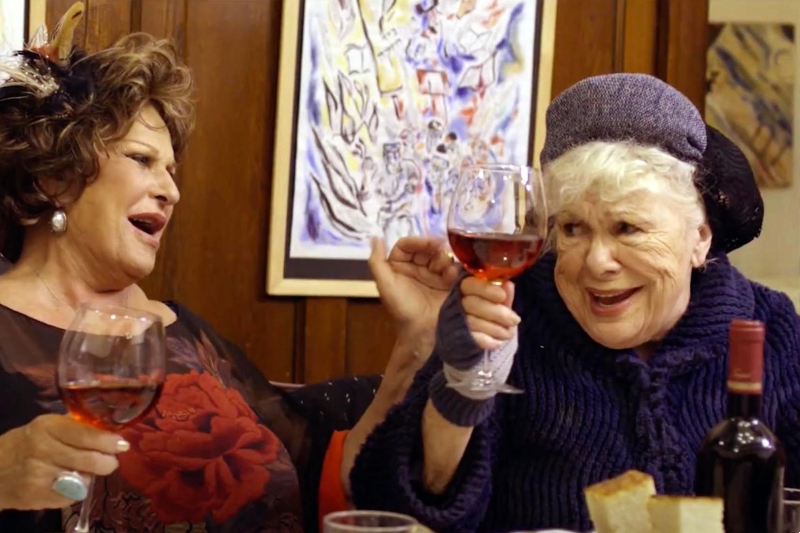 Veteran actress Renée Taylor chatted with Digital Journal’s Markos Papadatos about being a part of the new movie “Tango Shalom,” and she recalled her experience playing Sylvia Fine in “The Nanny.” She also listed Brad Pitt as her dream acting partner in the entertainment business.

In “Tango Shalom,” she played the character Deborah Yahudah. “I loved it, I had so much fun because I just cried the whole time. It’s my favorite thing to do,” she said.

The movie was directed by her son Gabriel Bologna. “I love working with my son because he was right there, I didn’t have to call him four times a day. I would say ‘Gabe, come here.’ I thought the movie was very sweet and very spiritual, and I didn’t think anybody would go and see it,” she said.

“I am really surprised how many people came and loved it and now it’s playing all over the world. It was a big surprise,” she added.

Aside from Taylor, “Tango Shalom” stars Judi Beecher, Lainie Kazan, Jos Laniado, Claudio Laniado, Joseph Bologna, Karina Smirnoff (“Dancing with the Stars”), with supporting roles from Philip Anthony-Rodriguez, and Joanne Baron, among others. “Judi Beecher is a wonderful actress, and Lainie Kazan is very funny, we laughed the whole time,” she said.

Most recently, “Tango Shalom” won at the 2021 Long Island International Film Expo for “Best Story.” “That was wonderful. I was very proud of my husband, Joseph, who wrote the film,” she said.

The synopsis of “Tango Shalom” is as follows: A tango dancer (Karine Smirnoff) and a rabbi (Jos Laniado) develop a plan to enter a dance competition without sacrificing his orthodox beliefs. Family, tolerance, and community are tested one dazzling dance step at a time.

“The message of the movie is to just be kind to one another,” she said. “We are really all the same, all of the religions are all the same. We just believe in being good to each other.”

For young and aspiring actors, Taylor encouraged them to “do it because they love it.” “It doesn’t matter if you get bad reviews, and if nobody hires you, just do it because you love it,” she said.

On the key to longevity in the entertainment business, she said, “I just have fun and I just keep going. I persevere.”

Taylor recalled her time on the hit television sitcom “The Nanny,” where she played Sylvia Fine, the mother of Fran Fine (played by Fran Drescher). “That was so much fun,” she said. “I sort of look like her mother. I met Fran’s mom in real life and she’s a lot of fun. She’s a very big flirt.”

Taylor listed Brad Pitt as her dream collaboration choice in the acting world. “I would like to work with Brad Pitt,” she said. “Brad has been stalking me a lot, or maybe I stalked him. Anyway, his lawyer gave me a big settlement to leave him alone.”

On the title of the current chapter of her life, she responded, “I am writing a book about my husband, I just finished it. It’s called ‘364 Hollywood Dog Years.’ That’s what you call marriages in Hollywood. You multiple them times seven. We were married 52 years, so that’s 364 dog years.”

Taylor defined the word success as follows: “To have a lot of friends, good food, and a warm pool, and a young good-looking trainer, that’s success.”

To learn more about the film “Tango Shalom,” check out its official homepage, and follow its Instagram page.