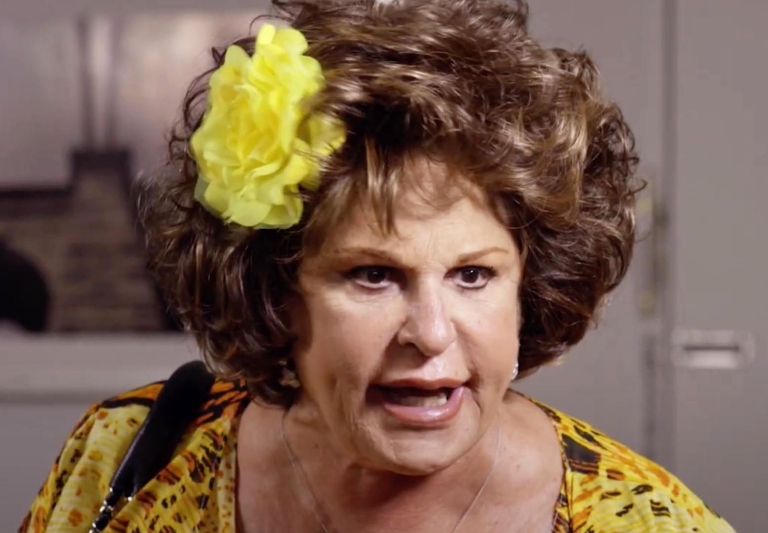 The movie was directed by Gabriel Bologna. Aside from Kazan, it stars Judi Beecher, Renée Taylor, Jos Laniado, Claudio Laniado, Joseph Bologna, Karina Smirnoff (“Dancing with the Stars”), with supporting roles from Philip Anthony-Rodriguez, and Joanne Baron, among others.

“I had a wonderful time with it,” she said. “It is fun, it’s warm, and it’s just a wonderful movie. It’s an inclusive movie and the perfect time for it.

“Gabriel Bologna is so wonderful. I’ve worked with both of his parents, Joseph Bologna, and Renée Taylor, throughout my career and my life, for 56 years. Gabriel is an incredible director,” Kazan said, and she also complimented executive producer and actress Judi Beecher for being “wonderful.”

Most recently, at the 2021 Long Island International Film Expo, “Tango Shalom” won for “Best Story.” “We have won many awards for this movie. It’s a delightful film and I am so happy to be in it.I had the best time working on this film,” she said.

The synopsis of the film is as follows: A tango dancer (Karine Smirnoff) and a rabbi (Jos Laniado) develop a plan to enter a dance competition without sacrificing his orthodox beliefs. Family, tolerance, and community are tested one dazzling dance step at a time. “This is the first time that a rabbi, a Muslim, and a priest come together to work in a film together. It’s lovely and a great film about a man that wanted to dance the tango but couldn’t do that because he has to touch a woman,” she said.

“In the Orthodox Jewish religion, they are not allowed to touch, they can only dance with other men, but they devise a way to do it, and it’s very funny,” she explained. “It is sweet, funny, and warm.”

On being an actress in the digital age, she said, “Isn’t it amazing? The digital age is really lovely. People are raising money for all of these small independent films and it is so much easier to get the financing. I think the digital age is going to help tremendously with longevity, and there will be more projects.”

For young and aspiring actors, she encouraged them “to study in an effort to learn and grow.”

She revealed that she will be performing next May of 2022 in New York at Feinstein’s/54 Below. “After I sing in New York, then I will be going to Greece to sing,” she said. “I will sing and tell stories of my life, and have a good time.”

Kazan listed Oscar winners Robert De Niro and Al Pacino as her dream collaboration choices in acting. “I’ve had an amazing career and I’ve worked with so many wonderful people and I feel blessed,” she said.

She defined the word success as “the joy of performing and having it recognized in public.”

Kazan concluded about “Tango Shalom,” “It’s a film on tolerance. Everybody has their own path, and they are entitled to it, and they can observe.”

To learn more about veteran actress Lainie Kazan, check out her official website.

For more information on the movie “Tango Shalom,” check out its official homepage, and follow its Instagram page.