For days, the FBI, Department of Homeland Security, and officials from all 50 states have been warning of a well-planned, armed movement to not only disrupt the inauguration of President-elect Joe Biden and Vice-president-elect Kamala Harris in Washington, DC – but to start riots in every state.

The prospects of armed rebellion on January 20 is a very real possibility, particularly now that President Donald Trump is being impeached for an unprecedented second time for inciting an insurrection against Democracy.

An internal FBI bulletin reads: “Armed protests are being planned at all 50 state capitols from 16 January through at least 20 January, and at the U.S. Capitol from 17 January through 20 January,” according to one official. The officials were not authorized to speak publicly and spoke to the Associated Press on condition of anonymity, according to CTV News Canada.

The FBI pointed out it was not focused on peaceful protests but “on those threatening their safety and the safety of other citizens with violence and destruction of property.”

Army Gen. Daniel Hokanson, chief of the National Guard Bureau, told reporters on Monday that the Guard was also focusing on issues across the country, and is working in coordination with state and local law enforcement agencies “o provide any support requested,” he said.

Advocates for a second American Civil War
A December 19, 2020, tweet in which Trump promised that last Wednesday’s event in Washington, D.C., “will be wild” fueled a “month-long frenzy of incitements, strategizing, and embrace of violence against lawmakers,” according to SITE Intelligence Group, a research group that tracks online extremism activity

According to SITE, many of the president’s supporters interpreted his words as “marching orders,” declaring, “[Trump] can’t exactly openly tell you to revolt…This is the closest he’ll ever get.”

And ardent supporters have been preparing for just such a revolt as the one the world witnessed on January 6, and they aren’t finished yet. When Facebook, Twitter, and Amazon banned a number of groups and websites from their platforms, all it did was drive them underground. 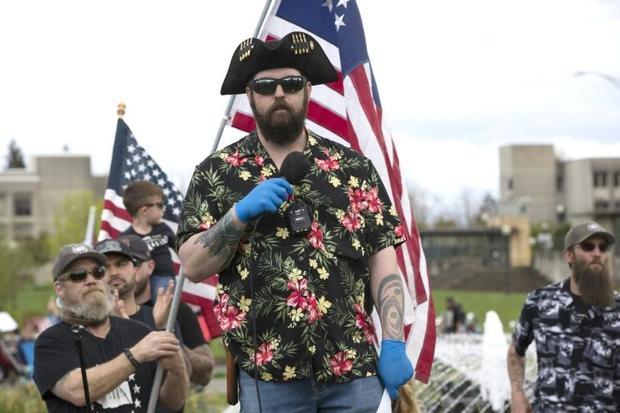 The “Boogaloo” movement (supporters pictured April 2020 in Olympia, Washington), which has adopted Hawaiian shirts as a uniform, promotes “a coming civil war and/or collapse of society”
Karen Ducey, GETTY IMAGES NORTH AMERICA/AFP/File
One such website uses the title “Tree of Liberty,” a reference to a quote by Thomas Jefferson, who said: “the tree of liberty must be refreshed from time to time with the blood of patriots and tyrants.”

When websites used by Trump followers were taken down in the United States, Tree of Liberty, hosted by the Montreal servers of OVH, a multinational cloud computing company headquartered in France were available.

Actually, CBC Canada discovered that Tree of Liberty suggested to its users that they could evade law enforcement surveillance because their website is hosted outside of the U.S.

‘CBC Canada is now reporting the Tree of Liberty website has been terminated by its web hosting service and the original URL is no longer working. 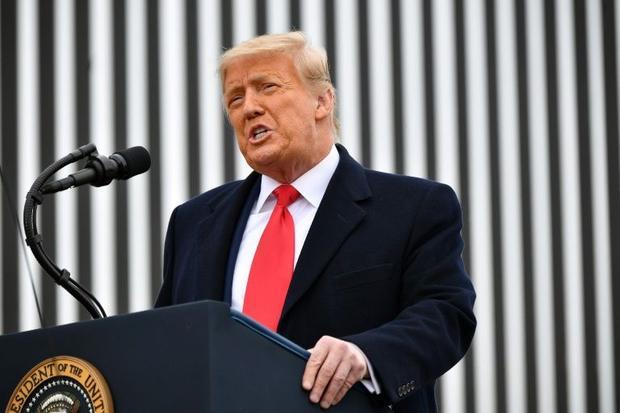 US President Donald Trump said the Congress riot was not his fault and called for 'peace'
MANDEL NGAN, AFP
In a recent comment, a user said he had likely been identified as a “potential terrorist threat” because of his political beliefs and that the U.S. Department of Homeland Security was monitoring his online activity. Tree of Liberty assured him, saying: the site is “hosted outside of the DHS’s data jurisdiction,” adding, “This is a safe place.”

One frightening aspect of the Tree of Liberty’s website was its overt encouragement of armed rebellion in the United States. One moderator encouraged Trump supporters to bring firearms to protests scheduled to take place on Sunday in all 50 state capitals.

“This will be a chance for Americans young and old to physically demonstrate to the world the massive amount of armed citizens in this country,” read one post promoting the protests. One person wrote in the comments section that peaceful protest was not enough and that executions were necessary to solve problems in the U.S.