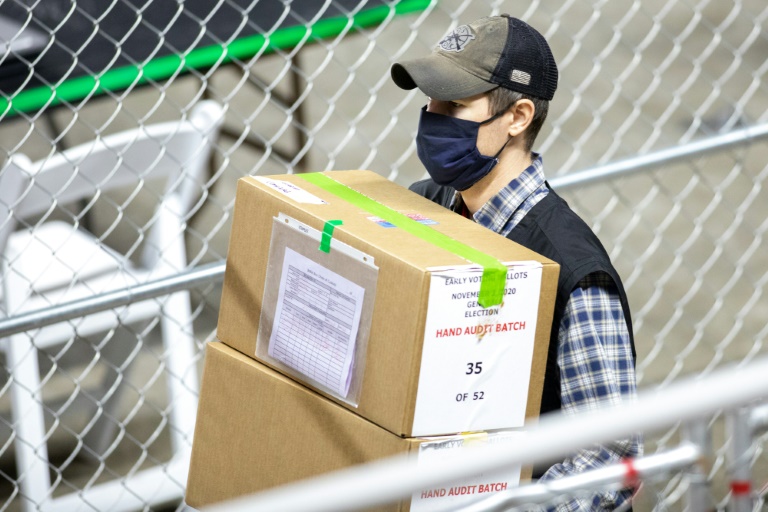 A hand count from a controversial review of the 2020 US presidential election results in Arizona’s largest county closely tracked the official tally showing Joe Biden beat Donald Trump, a draft copy of a report released on Friday showed.

The Republican-funded review found that the Democrat won Maricopa County by about 45,000 votes, a slight widening of the official margin of victory.

The review by Cyber Ninjas, a Florida-based cybersecurity firm with no experience in election audits, is unlikely to stop Trump from continuing to attack America’s democratic system as he mulls another run for the White House in 2024.

But it confirms what was already widely known — that the 2020 election results will stand.

“This means the tabulation equipment counted the ballots as they were designed to do, and the results reflect the will of the voters,” Republican board chairman Jack Sellers said in a statement.

“That should be the end of the story. Everything else is just noise.”

The Democratic National Committee called the review a waste of public funds and a “dangerous attempt by extremist Republicans” to undermine democracy.

“Every Republican peddling election misinformation will have to explain to their constituents why they spent their time undermining democracy on behalf of Donald Trump instead of delivering for their constituents,” spokesman Ryan Thomas said.

Arizona has been at the center of a campaign by Trump and his allies to overturn the 2020 election based on the Republican firebrand’s unfounded claims of widespread election fraud.

Since leaving office, he has sought relentlessly to undermine confidence in the US election system, and his allies have already begun seeking copycat reviews in other states such as Wisconsin and Pennsylvania.

Meanwhile Republican-led states such as Texas, Florida and Georgia have enacted restrictive new voting laws targeting mail-in voting and other practices that boost turnout in response to Trump’s claims.

The Arizona review — dubbed “the fraudit” — follows two audits that found no problems. It has been marred by complaints over its lack of transparency and unscientific methods from lawmakers in both parties who warned its findings would not be credible.

The result represents a significant defeat for Trump, who said just hours before the tally was made public that the nation was watching “to see what the highly respected auditors and Arizona State Senate found out.”

But he seized on claims of irregularities included in the report and detailed by Republican senators presenting the report at the state legislature in Phoenix — despite many being debunked in real time on Maricopa County’s Twitter account.

“The audit was a big win for democracy and a big win for us. Shows how corrupt the election was,” Trump claimed falsely in a statement during the presentation.