Published this past Sunday, the Times story by Tom Harper, Richard Kerbaj, and Tim Shipman, cites numerous anonymous U.K. government sources who allege that British intelligence agents have been outed by Russia and China, and therefore forced to leave a number of countries, The Huffington Post reports. Snowden, a former National Security Agency contractor famously gained notoriety when he released a cache of classified NSA material in 2013.

The article doesn’t say what, if any evidence exists to support the allegations, and that’s what CNN anchor George Howell was trying to get at.

“I don’t know the answer to that. All we know is that this is effectively the official position of the British government.”

Harper then said that the claims in the story are “obviously allegations at the moment from our point of view and it’s really for the British government to defend it.”

The headline doesn’t contain any of the skepticism voiced by Harper, however. All it says is “British spies betrayed to Russians and Chinese.”

“So essentially you’re reporting what the government is saying, but as far as the evidence to substantiate it, you’re not really able to comment or explain that, right? ”

The interview is almost creepy to watch. It’s one of the weirdest interviews I’ve seen in a long time. Harper resorts to a long list of “I don’t knows” to every question Howell asks and a sort of Orwellian-Big Brother “I just write what the government tells me to write” attitude.

“Harper just keeps repeating that he doesn’t know what’s actually true, and that he was just saying what the government told him — more or less admitting that his role here was not as a reporter, but as a propagandist or a stenographer.”

The whole interview starts out with Howell asking how U.K. officials could possibly be certain that the Chinese and Russians acquired access to the files, and Harper starts in with the “Um I don’t know anything” routine. So I guess now journalists just write down whatever they are told, without asking questions? If the U.K. government really did resort to telling journalists what to write, is there a single anyone at the Sunday Times who asked “Why do they want me to write this?”

What’s wrong with this picture?

At any rate, here’s Harper’s response:

“Um…well…I don’t know the answer to that George. Um…All we know is that…um…this is effectively the official position of the British government. Um…we picked up on it…um…a while ago. And we’ve been working on it and trying to stand it up through multiple sources. And when we approached the British government late last week with our evidence, they confirmed, effectively, what you read today in the Sunday Times.”

For its part, the Sunday Times says the newspaper stands behind the article, the Huffington Post reports.

“This story was responsible journalism and another example of The Sunday Times setting the news agenda,” the statement said. “We reported what various reliable and well informed sources from within the government told us, We fully stand by our story, as did the BBC which also had it confirmed by government sources in its reporting yesterday.”

To use one of Harper’s favorite words, “Um,” on what planet is this responsible journalism?

The Huffington Post points out that the spectacle of government officials using the media to anonymously discredit Snowden — while offering no evidence for their claims — isn’t unusual.

In 2013, Michael Calderone pointed out that Obama administration officials were making anonymous claims that Chinese and Russian authorities had likely already seized the Snowden documents, The Huffington Post reports. 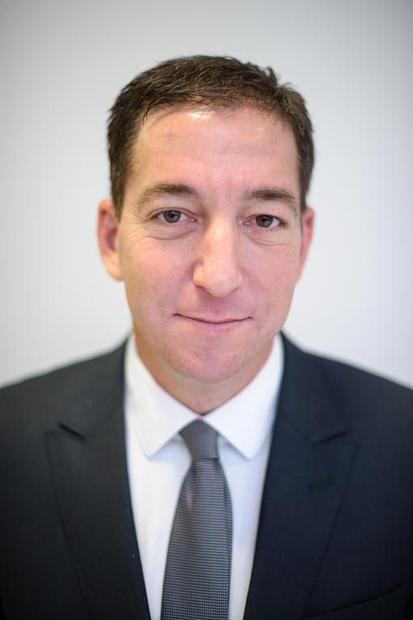 As Glenn Greenwald points out in The Intercept Snowden has said repeatedly that when he left Hong Kong, he took no files with him. Instead, he gave them to the journalists that he worked with and then destroyed his copy, for the precise reason that it wouldn’t be an easy target while he traveled.

“How, then, could Russia have obtained Snowden’s files as the story claims — ‘his documents were encrypted but they weren’t completely secure’ — if he did not even have physical possession of them?”

The only way this smear might work, Greenwald notes, is if they claim that Snowden lied, and that he actually did have the files with him when he left Hong Kong. So the Sunday Times journalists allegedly tucked in a paragraph that is designed to make it look like Snowden really did lie about this, that he had those files with him while living in Moscow. All the journalists had to do was to write this:

“It is not clear whether Russia and China stole Snowden’s data, or whether he voluntarily handed over his secret documents in order to remain at liberty in Hong Kong and Moscow.”

TechCrunch criticized Harper, and I think rightly so, for not seeking out other sources besides government officials. Had they done that, it would have fleshed the story out considerably better than it was.

“When you have a story like this, where many of the details seem highly questionable, you don’t just talk to government officials, but you try to reach out to other sources who can further the story. But Harper admits that they had no interest in doing this — they were just presenting the government’s side of the story. Even that can be done in a journalistic manner, in which case the article should not present itself as presenting factual information, as it does, but the idle speculation of government officials who won’t put their names or positions behind what they’re saying.”

The Sunday Times presents this article as if it were factual, yet they provided no links, no sources. It’s almost as if they just pulled it out of the air. For all you know, I could have made this story up, but I provided links, I provided sources. I mean, that’s what I was taught to do. Did the basic tenets of journalism change? Because if they did, I didn’t get the memo.

In this article:antisnowden story, China, cnn, edward snowden, george howell, Glenn greenwald, Reporter, richard kerbaj, Russia, Russia and China managed to breach the encrypted f, sunday times, the intercep, this is effectively the official position of the B, tom harper