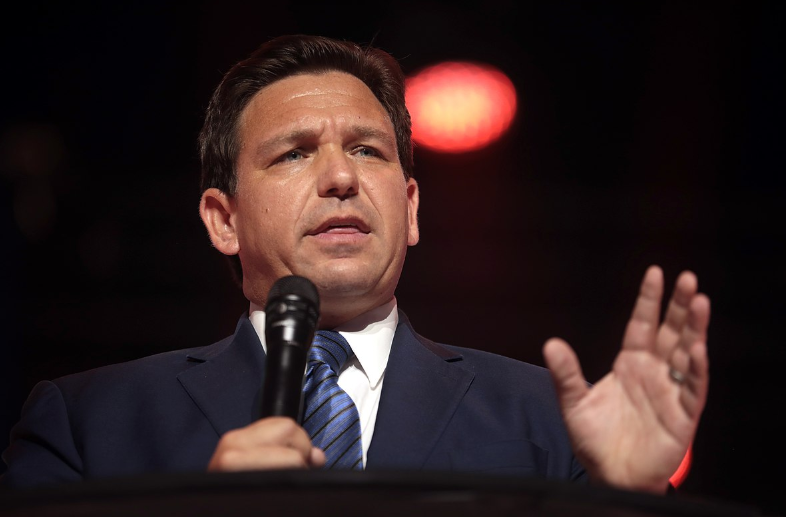 Florida Governor Ron DeSantis on Thursday suspended an elected state attorney without pay, accusing him of neglecting his duties and incompetence for saying he would not prosecute anyone who sought or provided abortions.

“When you flagrantly violate your oath of office, when you make yourself above the law, you have violated your duty, you have neglected your duty and you are displaying a lack of competence to be able to perform those duties,” DeSantis said at a news conference in the county sheriff’s office, a cording to The Hill.

“And so today we are suspending State Attorney Andrew Warren effective immediately.”

In June, Warren was among 90 elected prosecutors across the country who vowed not to prosecute those who seek or provide abortions after the Supreme Court overturned Roe v. Wade. Florida imposed a 15-week abortion ban in April.

“It’s not for him to put himself above that and say that he’s not going to enforce the laws,” DeSantis said, accusing Warren of acting like he had “veto power” over the state legislature.

This is not a repeat of the Inquisition, or is it?

The Inquisition was a powerful office set up within the Catholic Church to root out and punish heresy throughout Europe and the Americas. It lasted from 1478 up to 1834.

Its ostensible purpose was to combat heresy in Spain, but, in practice, it resulted in consolidating power in the monarchy of the newly unified Spanish kingdom. Its brutal methods led to widespread death and suffering.

And to me, it seems that this is what DeSantis is doing, consolidating his power. Warren, a frequent critic of the governor, said DeSantis’ order “spits in the face” of the voters who had elected Warren twice, reports Reuters. DeSantis is seeking re-election for a second term as governor in November.

And like Governor Greg Abbott in Texas, neither of these gentlemen has any qualms about keeping the public stirred up, as long as it helps push their political agenda. Abbott is consolidating power in Texas, at the expense of migrants wanting a fair chance at life.

“Today’s political stunt is an illegal overreach that continues a dangerous pattern by Ron DeSantis of using his office to further his own political ambition,” Warren said on Twitter.

Warren added: “The people have the right to elect their own leaders — not have them dictated by an aspiring presidential candidate who has shown time and again he feels accountable to no one.”

DeSantis has already appointed someone to replace Warren. Former Judge Susan Lopez said in a statement: “I have the utmost respect for our state laws and I understand the important role that the State Attorney plays in ensuring the safety of our community and the enforcement of our laws.”

“I want to thank the Governor for placing his trust in me, and I promise that I will faithfully execute the duties of this office.”

Susan Lopez was appointed by Governor DeSantis to serve as a judge on the Hillsborough County Court in 2021. She previously served as Assistant State Attorney of the 13th Judicial Circuit for more than 15 years and as Staff Attorney of the Second District Court of Appeal. She received her bachelor’s degree from Middlebury College and her law degree from Suffolk University.

In this article:Consolidation of power, Like the inquisition, OP/ED, Refusal to prosecute abortion ban offenders, Ron SeSantis, Suspends County prosecutor