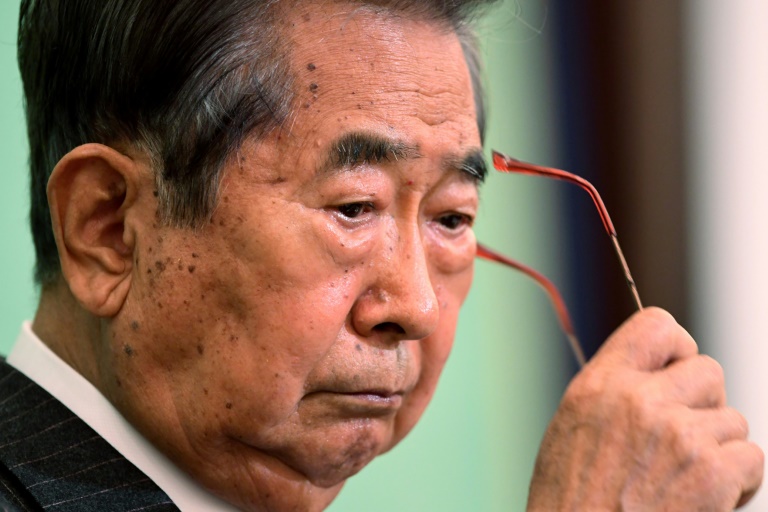 A former novelist and popular four-term governor of the capital, Ishihara frequently stoked outrage at home and abroad with his public comments on everything from homosexuality to history.

Born in the port city of Kobe in 1932 to a shipping executive, Ishihara achieved fame at only 23 by writing “Season of the Sun”, a novel about youths from respectable families exploring the grubby pleasures of the underworld.

He was first elected as a lawmaker in 1968 as a member of the establishment Liberal Democratic Party, and spent more than 25 years in parliament in both the upper and the lower houses, as well as serving a stint as transport minister.

In a country known for reticence, Ishihara repeatedly proved unafraid to ruffle feathers, and caused an uproar in 2010 when he said gay people were “missing something, probably something to do with the genes”.

He also ridiculed Chinese and Korean residents of Japan, denied the Nanjing massacre, and once denounced the United States as a nation of “bigots”, describing US military defence of Japan as an illusion.

But perhaps his most inflammatory moment came in 2012, when he provoked a major foreign policy crisis with a plan to buy the uninhabited, disputed islands China calls the Diaoyus and Japan refers to as the Senkakus.

Riots and product boycotts followed in China, which repeatedly sent government ships to disputed waters to press its claim for ownership.

“I think they are insane,” an unrepentant Ishihara said of Beijing’s response.

He retired from politics in 2014, aged 82, when his right-wing Party for the Future Generations was virtually wiped out in a general election.