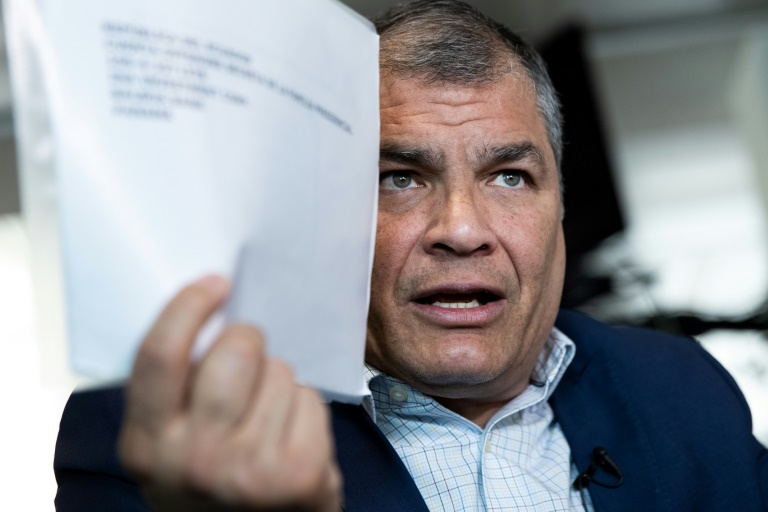 The former socialist leader was sentenced in absentia to eight years in prison in his home country, over pay-to-play politics that involved accepting funds for his 2013 election campaign in exchange for state contracts worth about $7 million.

After leaving office in 2017, Correa moved to Belgium — the home country of his wife — where he has lived ever since.

“The Belgian Justice Ministry now confirms… that it will not follow up Ecuador’s extradition request,” read a statement from law firm Jus Cogens.

“Belgium will also refuse to cooperate with the Ecuadorian justice system in the framework of political processes,” it added.

Correa, who has insisted on his innocence, told AFP that Belgium’s asylum decision proved there was a political agenda behind his “persecution.”

“There is no justice in Ecuador, everything is corrupt,” the 59-year-old said in April.

According to Ecuador’s judiciary, Correa and several former government officials and businesspeople took part in the graft scheme, with the ex-president implicated over a $6,000 payment to his private account, which he claims was a loan.

Correa is also the subject of an arrest warrant over the 2012 kidnapping of a Colombian opposition politician.

Ecuadorian Foreign Minister Juan Carlos Holguin told reporters there was no political persecution in his country.

“Every citizen who goes through the Ecuadorian justice system has had the right to due process,” he said.

According to the independent World Justice Project, Ecuador ranked 92 out of 139 countries on last year’s Rule of Law Index.