Glyphosate is the active ingredient in several herbicides, and it is found in the most commonly used herbicides worldwide (see: Critical Reviews in Biotechnology.) Concentrations of glyphosate found in herbicides vary from 40 percent for commercial applications down to one percent for products marketed for home use. The use of the herbicide is encouraged by companies like Monsanto, for its genetically modified seeds. During the early 1970s, Monsanto introduced a glyphosate-based fertilizer called ‘Roundup.’

Glyphosate (N-(phosphonomethyl)glycine) is a broad-spectrum systemic herbicide. It was first discovered during the 1950s, and it was used during the 1960s as pipe-descaling agent. The chemical can be produced in different ways. The most common means is the reaction of iminodiacetic acid with phosphorous acid and hydrochloric acid. 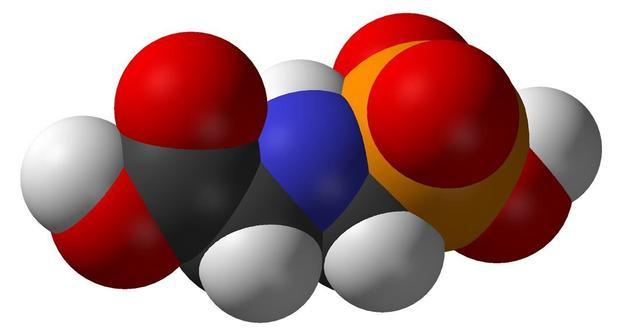 Glyphosate-based fertilizers were originally designed to target certain weeds, stopping the growth of unwanted plants by targeting enzymes within the plant. The enzymes targeted are those that produce tyrosine, tryptophan, and phenylalanine. Plants absorb the chemical through their roots, and it is then transported to growing points. The mechanism of kill is called the shikimate pathway, which refers to the biosynthesis of aromatic amino acids..

In the 1990s, some crops were genetically engineered to tolerate glyphosate, which allowed farmers to spray herbicides more widely with the aim of killing all vegetation with the exception of the desired seeds. The aim was to increase crop yields. An example of such an engineered plant is “Roundup Ready soybean.”

Some scientists have been long-concerned, together with environmental groups, that traces of the chemical can be found in everyday foods like soybeans, corn, milk and eggs. These scientists are backed by campaign groups like U.S. Right to Know.

The reason for these concerns is because human exposure to the herbicide has increased. The issue that divides scientific opinion, as the New York Times has reported, is whether this matters in terms of a risk to human health.

Monsanto has sponsored a number of scientific studies designed to show that the herbicide, together with its products, are safe. This is part of what the corporation calls ‘demystifying science.’ Supporting Monsanto are organizations like the Biotechnology Industry Organization and the Grocery Manufacturers Association. The argument here is that glyphosate is biologically degraded over time by soil microorganisms into materials that are naturally occurring. 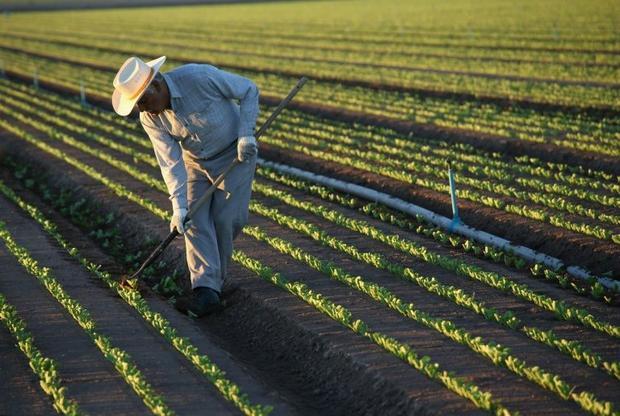 By 2011, the general view was the herbicide has low toxicity and does not pose a risk. During this year, a study was undertaken by the U.S. Department of Agriculture (the “Pesticide Data Program.”) This found glyphosate residues in 90 percent of tested soybeans; however the levels, although elevated, were within what is regarded as a safe level (in terms of parts per million, which varies according to different food types.) Others have challenged this, and studies and counter-studies, most muddled and ill-thought out, have created a web of confusion for consumers.

In more recent times, the tide is turning against glyphosate, particularly with the World Health Organization’s (WHO) International Agency for Research on Cancer (IRAC) issuing a ‘review of reviews’. Here scientists ploughed through over 400 different studies on glyphosate and concluded glyphosate as “probably carcinogenic to humans.” For this reason, the chemical was given a class 2A rating. The 2A designation is applied when there is limited evidence of carcinogenicity in humans as well as sufficient evidence of carcinogenicity in experimental animals. An additional summary was provided in the journal Lancet Oncology (“Carcinogenicity of tetrachlorvinphos, parathion, malathion, diazinon, and glyphosate.”)

There are 75 agents currently placed within class 2A. The WHO ratings are:

Thus WHO gives a higher level of risk to glyphosate than the U.S. One reason is because WHO will accept only independent peer reviewed studies for review; whereas the U.S. authorities allow industry-funded studies to be included in safety reviews.

Monsanto’s response, as reported in The Guardian, is:“IARC’s conclusion conflicts with the overwhelming consensus by regulatory bodies and science organisations around the world.”

The driver for the current examination, set to begin in the U.S., is a mix of public pressure, and a report published in the journal Environmental Science in February 2016 (“Concerns over use of glyphosate-based herbicides and risks associated with exposures: a consensus statement.”)

So, contradictory reports — again. No wonder consumers and farmers are confused. Now, further testing is to take place, this time triggered by the U.S. government.

The primary factor is raising the profile of glyphosate risks was when the U.S. Government Accountability Office required the FDA and the USDA to put in place stringent measures for the monitoring of glyphosate in food. This will include a series of samples of human fluids, to be processed in government laboratories.

It must be hoped, that by the end of this exercise, the debate about glyphosate will be over, one way or another.

This article is one of Digital Journal’s Essential Science columns. Each week we explore a topical and important scientific issue. Last week we explored bio-designing yeast to improve biofuels; before that we considered the latest medical studies for tackling concussion and head injuries; and earlier we tackled space exploration by asking why are strong bones are needed for space travel?