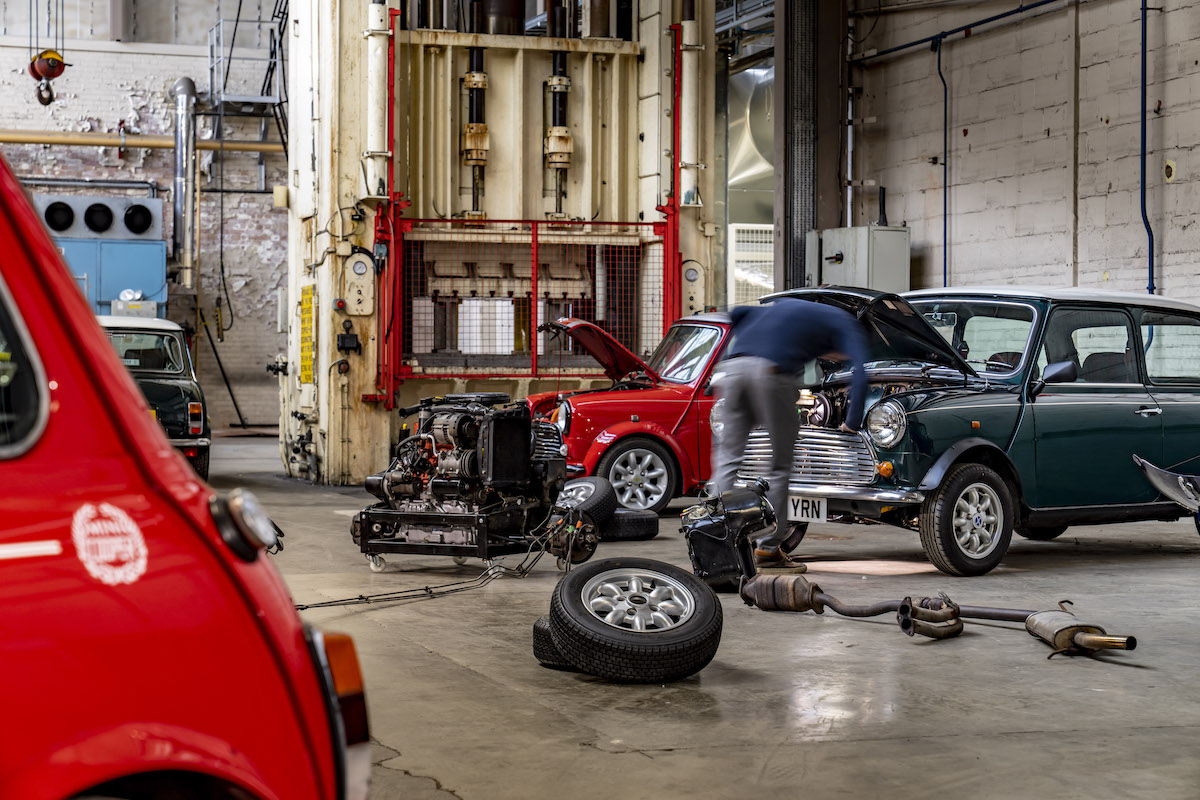 A group of enthusiasts, working for MINI, are modernizing the classic version of the car to transform it from the petrol give car of the past and into an electric classic Mini. This idea has arisen through the MINI company giving the go-ahead to a new in-house program to be put together, one dedicated to electrifying its older models. The group are also actively promoting the change to classic Mini owners.

This innovation by MINI fits into the firm’s wider strategy of promoting the sustainability credentials of the car and its manufacturer.

According to Bernd Körber, Head of the MINI Brand: “What the project team are developing preserves the character of the classic Mini and enables its fans to enjoy all-electric performance. With MINI Recharged, we are connecting the past with the future of the brand.”

Both the new style of MINI and the classic Mini are fascinating cars, popular with scores of people and they represent one of the most iconic road vehicles of all time. The MINI has been through several ownership models since the first car went into production in 1959 and the range (under the MINI Copper subdivision) is owned by BMW. Under BMW the Mini became the ‘MINI’, so capitalization becomes the differentiator between the classic range and the modern rage.

The new scheme is called the MINI Recharged project, as Autocar reports. This follows on from a pilot project where an electrified classic Mini was put on show back in 2018. At the time, this was presented as a means of “telling the story of the classic Mini in the 21st century, in a sustainable way”.

The retro-upgrading of the classic cars also connects with the modern MINI’s foray into electric vehicles with the MINI Electric hatch model.

In terms on what is possible with the electric conversion, owners of the classic Mini can have their car converted to an electric engine through having the vehicle’s four-cylinder A-series engine swapped for a 121bhp electric motor. This leads to the classic Mini being able to accelerate from zero to 62 miles per hour in around nine seconds. Interestingly, this is a much faster time than the original engines is capable of.

The battery powering the refitted Mini is connected to a port located under the original filler cap. A key aim was to preserve the character of the Alec Issigonis-designed classic vehicle. The range for a fully charged Mini is around 99 miles, sufficient for most people to get to town and back.

The change will also see the original cars relieved of their four-speed manual gearboxes and replaced with a single-speed transmission to accompany the electric motor. MINI also fits a central instrument cluster that displays things like classic Mini’s drive temperature, selected gear, range and speed.

It is also possible to have the original petrol operated engine put back in, if it was so desired (the original engines are held in storage rather than being disposed of or recycled). The cost of a conversion is just over £10,000 ($15,000).