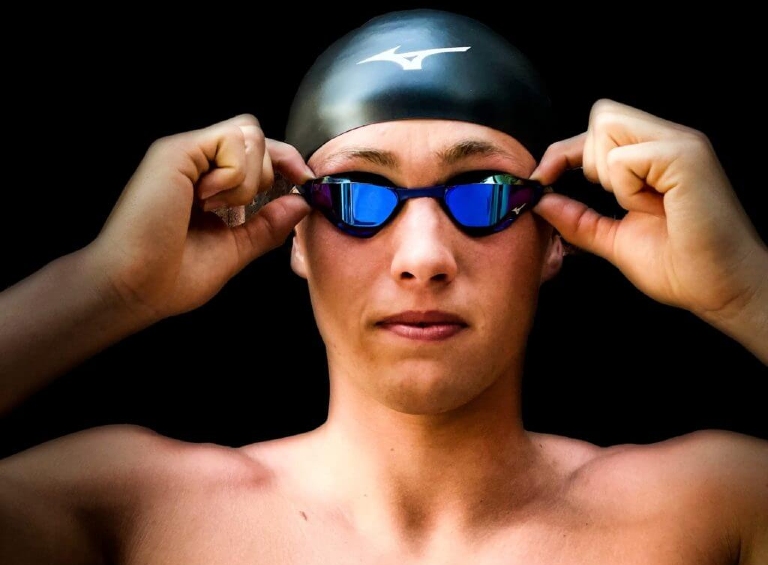 World champion swimmer Carson Foster chatted about his latest endeavors, which include competing at the upcoming FINA World Championships in Budapest.

He shared that he is one proud Texas Longhorn. “I love it down here,” he said. “I love the city of Austin and my teammates are like a second family to me. My brother, Jake, is here too so I am pretty much with him all the time. The atmosphere here and everything is amazing.”

While he didn’t make the U.S. Olympic Team at the Tokyo Summer Olympic Games, he is a firm believer that he became a stronger person and swimmer as a result. “Honestly, it had a huge impact on me personally, both out of the water and in the water. Obviously, swimming is so important to me but I have people that love me no matter what,” he said.

“I have a great life outside of swimming. I am more than just my swimming abilities, and this has taken a lot of pressure off of me in the water, and that’s a big reason why I’m swimming so much better this year,” he added.

On the greatest lesson that the sport has ever taught him, he responded, “Over the last year, I have been blessed with a lot of experiences and things that people dream of doing such as going to the World Championships. You realize that you do the sport for the memories and the people and not the medals and the times. Swimming is very temporary but the memories will last a lifetime. Just try to have fun with the sport and enjoy it while you can.”

Foster is really looking forward to the 2022 FINA Worldshipships in Budapest, which will kick off later this month. “I am pumped,” he said. “I am really excited to compete in the water but also for the experience out of the water in my first long course world championship. This will be my second time going to Budapest.”

This past winter at the Short Course Worlds in Abu Dhabi, Foster won three medals for Team USA (a gold, a silver, and a bronze). He was able to set a national record in the men’s 4 x 200 meter freestyle relay with a time of 6:47.00, along with teammates Kieran Smith, Trenton Smith, and Ryan Held. “That was a lot of fun,” he admitted. “I will probably be in a similar relay in Budapest,” he said.

A native of Cincinnati, Ohio, Foster recently signed with Mizuno Swim, which makes him the first college swimmer added to Mizuno’s roster of athletes. “I love it. I have been wearing Mizuno since I was 15 years old,” he said. “Mizuno has a special place in my heart when it comes to swimming.”

On the title of the current chapter of his life, Foster said, “On the Rise.”

If he were to have any superpower, he revealed that it would be “to fly.”

Foster defined the word success as “self-improvement” because he feels that he can only control himself.

“Thank you for not giving up on me,” he told his supporters and fans. “I’ve had some rough swims over the last couple of years, and I know I’ve been up and down in some of the meets but a lot of people have really stuck in my corner and I appreciate their support of me.”

Waffles or pancakes? Pancakes
Flying or driving? Flying
City living or country living? City living
Summer or winter? Summer
Library or museum? Museum
Bath or shower? Shower
Pepsi or Coke? Coke
Texting or calling? Calling
Half-full or half-empty? Half-full
Curly fries or normal fries? Curly fries
Skydiving or scuba diving? Skydiving because I’m terrified of sharks
Indoor pool or outdoor pool? It depends on what we are doing… If we are going fast and doing race pace, then indoor pool, but if we are doing an aerobic set then outdoor pool
Tea or coffee? Coffee
Rain or snow? Rain… it would dry up faster
Singing or dancing? Singing
Burgers or tacos? Tacos
Long course or short course? Long course, 1000 times over
Money or fame? Money

To learn more about American swimmer Carson Foster, follow him on Instagram and check out his Linktree page. 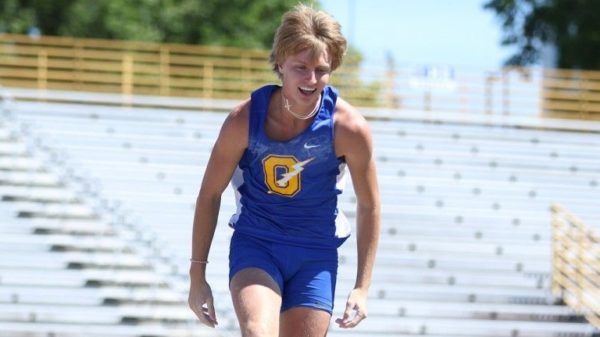