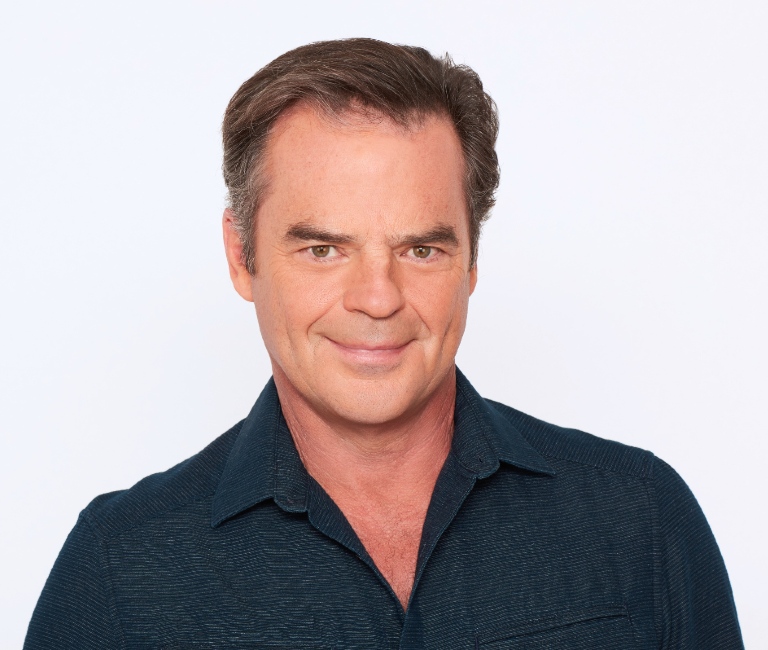 Acclaimed actor Wally Kurth chatted with Digital Journal’s Markos Papadatos about his 2021 Daytime Emmy nomination for “Days of Our Lives” and he shared the scenes that he submitted in his Emmy reel which led him to the nod.

Kurth is nominated for “Outstanding Lead Actor in a Drama Series” for his portrayal of Justin Kiriakis in “Days of Our Lives.” He is nominated alongside Maurice Benard (“General Hospital”), Thorsten Kaye (“The Bold and The Beautiful”), and Dominic Zamprogna (“General Hospital”). This marks his third career Daytime Emmy nomination for acting, but his first one in the lead actor category. “That feels great,” Kurth admitted. “I started my career in daytime 34 years ago on ‘Days of Our Lives.’ It is poetic that I get nominated for the first time as a lead actor on ‘Days of Our Lives’. This was the first time I ever submitted myself in the ‘Lead Actor’ category.”

He shared that he submitted scenes from Adrienne’s death in his Emmy reel. “Adrienne was just laying there in the hospital as a corpse. I had two scenes standing over a body and then I cut to the scene with Maggie when she is at the hospital recovering from a suicide attempt, and I go an explain to her that it wasn’t her fault. It was a very simple scene and beautifully written,” he said. “Then, I cut to two more dramatic scenes in the interrogation room where I am holding a gun on Orpheus and I am basically threatening him that I am going to kill him for being responsible for killing my wife.”

“After that, I had a simple scene at the Brady Pub as a contrast where I learn that I did not kill Orpheus and I am talking to Kayla. Then, it leads to a scene where I am at the altar and I tell her the truth that Stephen is still in love with her, and she needs to know that before we get married. In these scenes, I am opening up to the woman that I love. The very last scene was me and Freddie Smith in the apartment where I am saying goodbye to the apartment.”

“I tried to tell a story in my Emmy reel,” he explained. “I thought I did a pretty good job, and I showed a nice contrast. I thought this was some of the best work I’ve ever done.”

On the title of the current chapter of his life, Kurth said, “Another New Beginning.”

In addition to playing Justin Kiriakis in “Days of Our Lives,” Kurth also portrays Ned Quartermaine in “General Hospital.”

On June 13, Kurth will be a part of a virtual fan event with “Days of Our Lives” co-star Stephen Nichols, which is produced by Coastal Entertainment. To learn more about this Zoom event, click here. “Stephen and I have worked together for many many years, and we always have a good time when we are together, and I am looking forward to it. Stephen is a good guy, and I am a fan of his. This event will be fun. These Zooms are fun for the fans and they are fun for us. They allow us to step out of our characters and be who we are as people. While we play Patch and Justin on TV, this is a good chance for the fans to see Stephen and Wally,” Kurth said.

In this article:Actor, days of our lives, Daytime, Emmy, General hospital, Wally Kurth