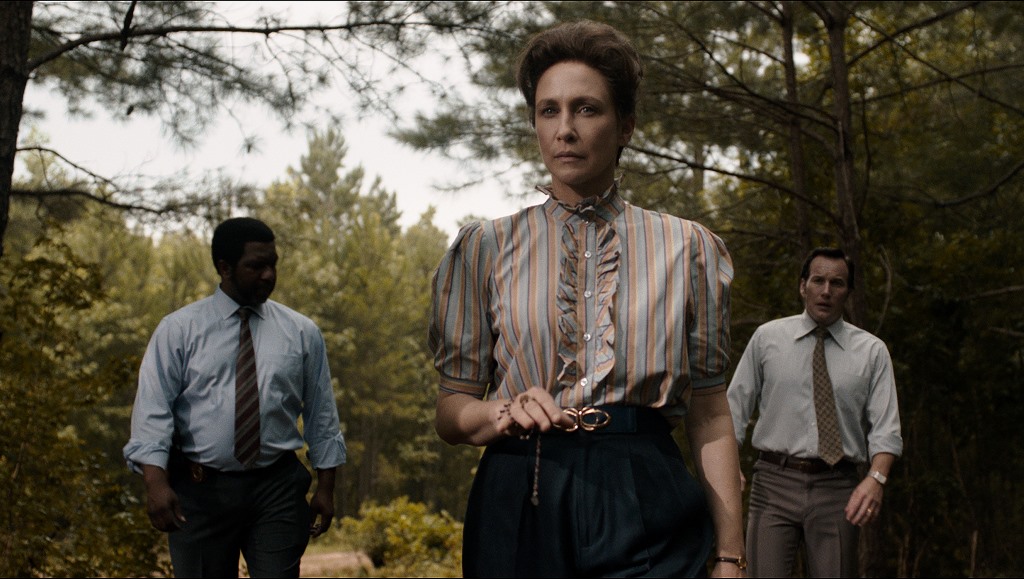 This week’s releases include a new supernatural tale that may actually go too far; the next chapter in a family’s struggle to maintain their legacy; an animated movie with a familiar plot; and one of a country’s greatest films.

In a small Polish town on the final day of World War II, Maciek (Zbigniew Cybulski), a fighter in the underground anti-Communist resistance movement, has orders to assassinate an incoming commissar. But when he meets and falls for a young barmaid (Ewa Krzyżewska), he begins to question his commitment to a cause that requires him to risk his life.

This movie is still considered one of the best Polish films ever released, gaining international acclaim when it was released in 1958. Shot in stunning black and white, the cinematography captures all the elements shrouding post-war Poland. The movie begins with an assassination for which Maciek is front-and-centre. However, when their mission brings them into a city that offers him more than blood and death, Maciek starts to wonder if he can be something other than a killer in spite of his superior’s assertions that he’s good for nothing else. Poland was in a precarious position after World War II since even as the Germans were pulling out of the country, the Soviets were moving in and taking over. Therefore, the militia did not disband, it just exchanged one enemy for another. Maciek serves as metaphor for a country who wants to determine its own identity, but is handcuffed by constant foreign occupation. The film is the final installment of director Andrzej Wajda’s war trilogy.

The Conjuring 3: The Devil Made Me Do It (4K Ultra HD, Blu-ray & Digital copy)

A chilling story of terror, murder and unknown evil that shocked even experienced real-life paranormal investigators Ed and Lorraine Warren (Patrick Wilson and Vera Farmiga). One of the most sensational cases from their files, it starts with a fight for the soul of a young boy, then takes them beyond anything they’d ever seen before, to mark the first time in U.S. history that a murder suspect, Arne (Ruairi O’Connor) would claim demonic possession as a defense.

This narrative diverts from the true events pretty early on as the real-life judge rejected Johnson’s plea and he was eventually convicted of first-degree manslaughter. Consequently, the occult aspect of the film gradually becomes especially implausible. The previous narratives in the series dealt with hauntings, while this movie tackles a brutal murder by means of possession. But even though the core story is real, the majority of the film is a work of fiction that features far-fetched ideas about Satanism, witchcraft and demonic possession. Where the previous pictures were tethered to plausible supernatural events, this movie completely throws any connection to reality out the window, opting for extreme examples of dark magic and making it difficult to engage with the narrative in the same way. Had it been made outside of this franchise and presented as a straightforward work of fiction, it could have been viewed in a different light.

Special features include: “By Reason of Demonic Possession,” an in-depth look at the true story that inspired the movie; “The Occultist,” meet the terrifying new addition to the Conjuring Universe; “Exorcism of Fear,” delve into the making of the movie and the chilling exorcism scene that opens the film”; and “DC Horror Presents The Conjuring: The Lover #1,” a video comic that takes you deeper into the Conjuring Universe. (Warner Bros. Home Entertainment)

Minna’s life is turned upside-down when her dad’s new fiancée and her daughter move in. Her new stepsister, Jenny, turns out to be horrible and Minna is very frustrated. She wants her gone! One night, Minna discovers a world behind her dreams, where the whimsical dreambuilders create every fantasy and nightmare we endure nightly on their theater stages! Minna also finds out how to manipulate Jenny’s dreams. But interfering with dreams has dire consequences … and when Minna goes too far one night, Jenny can’t wake up anymore. Minna must enter the dream world one more time to face the nightmare she has created in order to save Jenny and her new family.

This animated picture is in the same spirit as Disney’s Inside Out, which took viewers behind the scenes of what guides our emotions and produces our dreams. The dreambuilders are small creatures who create people’s sleeping fantasies based on their daily interactions and goals. At first it’s amusing to see Minna contribute to her dream world, making it perfect in her eyes, and then apply the same keys to happiness to her dad’s and stepsister’s dreams to bring them more satisfaction in their waking hours. However, when Minna decides to take revenge on Jenny in her sleep for her waking transgressions, the dreambuilders cannot abide. Jenny is one of the strangest tweens as her likes/dislikes flip like a switch, whether influenced by Minna or not. It’s generally cute, but isn’t going to garner multiple viewings.

There are no special features. (Shout Kids Factory)

After a very dark and violent previous season, this season begins with some much-needed healing. John is willing to bear the brunt of the consequences for the actions that returned Tate home and ensured their family would be safe. In turn, he’s decided to dedicate most of his time to being an attentive grandfather. Jamie is once again placed in a position to earn the family’s trust, though audiences also learn why he and Beth will likely never make amends. Kayce is a born leader and John nurtures this part of his personality by giving him more responsibility, while giving Beth the reins to protect the ranch on the business front. But in an evolving world that favours commerce over legacy, the ranch is always under threat. This time, their enemy has unlimited resources and is coming after them on all fronts… and when that doesn’t work, they decide to play really dirty in a game that everyone may not survive.

In this article:4K Ultra HD, Ashes and Diamonds, Blu-ray, Dreambuilders, DVD, Movie, Movie review, Review, The Conjuring, The Conjuring: The Devil Made Me Do It, Tv series, Yellowstone