If there’s nothing truer about relationships, it’s that each one has to find their own way to be happy; what’s good for one may not be good for another and vice versa. Outsiders can provide as much advice and as many opinions as they wish, but in the end every couple must find what works for them — period. Unfortunately when someone with great influence in your life indicates they believe you are doing something incorrectly, it can be difficult not to heed them. In The Women’s Balcony, longstanding tradition is challenged by a persuasive figure.

On the morning of a bar mitzvah in Jerusalem, all the boy’s family and friends walk to the synagogue together to celebrate the blessed event. The men take their place on the lower level, where they adoringly peer up at the women’s balcony from which all the female attendees observe the weekly service. However on this fateful day, the structure gives way and the women are plunged to the ground below. Thankfully no one is killed, but the rabbi is severely distressed after the accident and unable to oversee the reconstruction. The men enlist the assistance of Rabbi David (Avraham Aviv Alush), but his ultra-orthodox beliefs suggest they have not instructed their wives to live modestly enough and the collapse was a holy warning. This unfair theory is still accepted by some, threatening to tear apart families and friends who discover they can’t agree on the status of the new women’s balcony.

Before Rabbi David’s arrival, everyone in the congregation is content. The men and women respect and appreciate each other and the roles they fulfil. However when the new rabbi, who speaks so passionately and confidently, tells the men their wives need to wear scarves to cover their heads, they dutifully go out and purchase scarves to present to their spouses. When the rabbi chastises the women for not conforming enough, he actually causes some of them to feel ashamed of the decent lives they’ve led. When he refuses to release the funds raised by the women to rebuild the balcony, all of the men fall silent. But the women see it as the last insult from a stranger attempting to change/ruin their happiness. They protest against both the rabbi and their husbands, using tailored tactics to deliver their messages.

Director Emil Ben Shimon’s feature debut is infused with a lot of effortless humour, presenting witty, genuine characters that audiences can relate to and revel in watching. The husband (Igal Naor) and wife (Evelin Hagoel) at the centre of the story are a model couple until the rabbi divides them. Suddenly he’s uttering criticisms that she will not tolerate as a woman or his wife, nor is she afraid of telling him or the rabbi what she thinks of their disapproval. She’s an unofficial leader amongst the women and she’s determined to ensure they regain their status as their husbands’ equals. In the meantime, the men are provided ample opportunity to right their wrongs and remedy the rabbi’s errors. What becomes most interesting is their inability to directly defy the rabbi, choosing to passively challenge him in most instances. Conversely, these are women of action who are decent, resourceful and for better or worse, stubborn. It’s a joy to watch these wonderful actresses take charge of the narrative and hold on to their characters’ identities.

The film had its world premiere at the Toronto International Film Festival. Don’t miss the rest of our TIFF 2016 coverage. 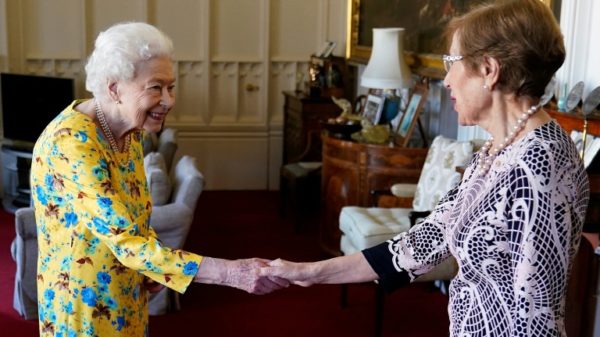