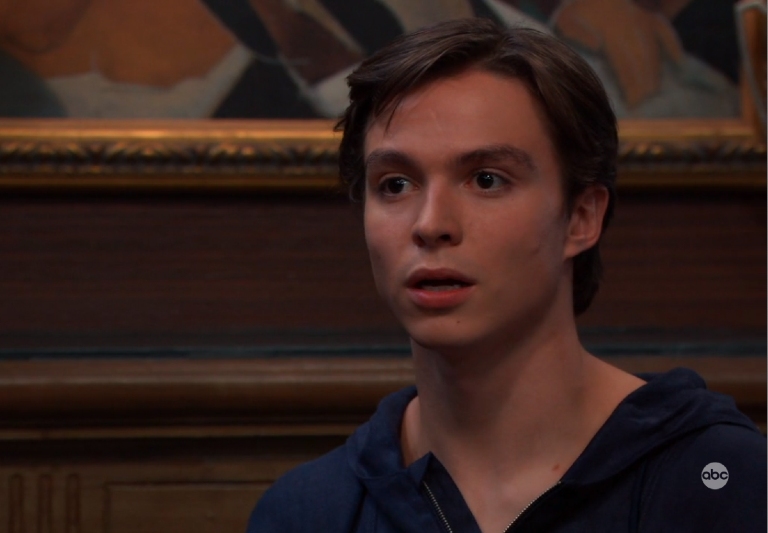 It turns out that Spencer’s party turns out to be more than he bargained for, and it went awry. He tells his friends Trina Robinson (Sydney Mikayla), Cameron Webber (William Lipton), and Jocelyn Jacks (Eden McCoy) that he received a phone call from Ryan Chamberlain, who is supposed to be paralyzed (and only communicating with eye blinks) and in a vegetative state. His friends do not believe Spencer and think that he is pulling another prank.

“I am serious,” he insisted, claiming that Chamberlain called and informed him that “it ends tonight.”

When Cameron questions him, Spencer told him that he doesn’t know what ends tonight, but he noted that he recognized Chamberlain’s voice. “I am not lying,” Spencer screamed, and lo and behold, they all see a message on a mat that reads “it ends tonight,” which leaves Trina in a state of shock.

The episode ended with a hooded man appearing at the party on the balcony. Who could this man be? Tune in to “General Hospital” on ABC to find out.