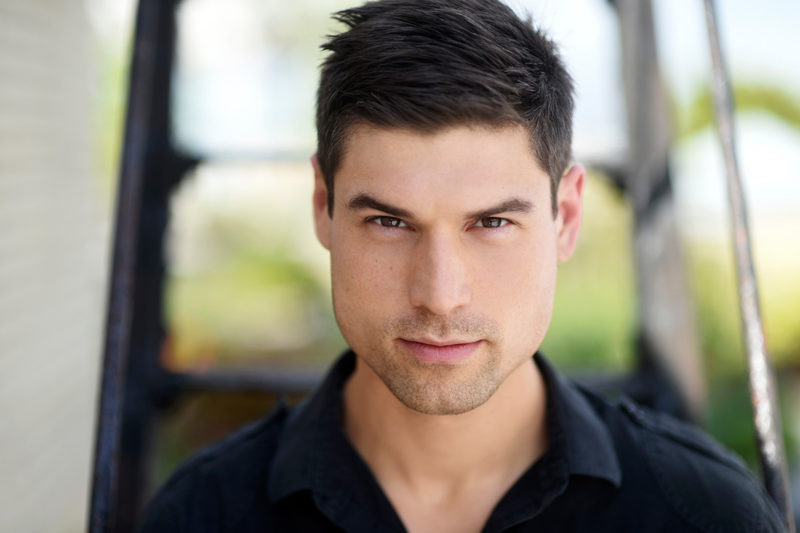 Actor Josh Murray was recently featured on Power 98.5 Satellite Radio, where he was interviewed by acclaimed media personality Steven Cuoco about his journey in the entertainment scene.

The actor debuted nationally in the TV movie “Killing Lincoln” (as assassin Lewis Powell), which was executive produced by Ridley Scott and narrated by Tom Hanks – it set a record in viewership on the National Geographic Channel.

Since then, Murray has starred in the real-life spy drama “Game of Pawns” on the Pentagon Channel, which won two regional Emmy Awards and was featured in major media outlets worldwide, appeared in NBC’s “Revolution” and “Taxi Brooklyn” as well as the feature film adaption of David Baldacci’s book “Wish You Well” (starring Mackenzie Foy, Ellen Burstyn, and Josh Lucas).

He has also worked as an actor for and/or with multiple branches of the military and various law enforcement agencies.

“In ‘Missing Twin,’ I play the husband of Alaina Huffman’s character. In the story, they have twin girls, and one of them goes missing and is believed to be dead. My wife’s character believes that she is still alive, and she has premonitions, and things start to happen,” he explained. “It was my first time playing a nice dad role, and that was new territory for me.”

His latest project is a self-produced feature called “Gym Rat” playing Lonnie, an ex-con fitness freak with delusions of being the next Mr. Olympia. “I put on 20 to 30 pounds of muscle mass over the course of making this film, and I love the opportunity to take on a new skill to transform myself for a role,” he said, prior to noting that he also had to produce the film while playing the lead role.

He married the love of his life, Catherine, this past fall and they recently took their honeymoon in Molokai, Hawaii together.

“Live On Air With Steven Cuoco” is a weekday syndicated satellite radio program produced and hosted by Steven Cuoco, who is a veteran expert in public relations, reality TV, media, broadcasting, and podcasting. Cuoco’s radio program is heard in 200 countries.

Murray was not afraid to be raw and vulnerable in this chat. His entire intimate and informed conversation with Steven Cuoco may be heard below on Spotify.