“The first month of quarantine was easy for me,” he admitted. “For the last six months, I have been flying back and forth from Los Angeles to New York and back again to visit my wife since she works on Broadway. I am happy to have her home, and so far, we are doing okay.”

He is known for his portrayal of Xander Kiriakis on the hit NBC daytime drama, Days of Our Lives. “I love playing Xander. It’s one of the best jobs I’ve ever had, and certainly, the best job in a soap opera is to play that guy,” he said. “Xander is really fun to play, especially a Greek mafia guy on a daytime soap opera. Xander does good things for bad reasons and bad things for good reasons, and he feels either good or bad, depending on how everybody reacts.”

When asked how he handles being dialogue-heavy on the show, he noted that it was quite challenging, especially initially. “At first, I didn’t realize just how much material everybody had to learn on the show,” he said. “These days, my brain has gotten a lot more efficient and I am able to learn the dialogue much quicker.”

On being an actor in the digital age, he said, “The biggest effect for us in the digital age is how we get the jobs these days. Most of our initial auditions now are done as self-tapes. I got the Hercules lead role when I self-taped in London.”

For young and aspiring actors, Telfer noted that the most important thing is “to act.” “Find local theater, local television, and local filmmakers, make your own local films, and just create. Get as much experience as you can before you become professional. You need to love the craft,” he said.

Telfer opened up about starring in the indie thriller Green Rush. “I had always wanted to be a writer, director, and producer, in addition to being an actor. That was my plan,” he said. “Professionally speaking, it was the most satisfying professional experience I’ve had. It made me feel like everything I wanted to do in acting was possible. To sell it to a major studio like Lionsgate was a dream come true. Green Rush was wonderful. I am proud of the effect that the film has on people.”

On September 19 and 20, he will be a celebrity special guest of the “Samantha’s Friends” benefit fundraiser, which will be held at the Lakewood Ranch Golf and Country Club in Florida. The proceeds provide aid to the Southeastern Guide Dogs. “I am looking forward to that, fingers crossed that it will happen. It’s a wonderful charity, and I’ve been told repeatedly by people that have done it in the past that it’s one of the greatest fan experiences. I really hope that goes through,” he said.

At the 2020 “Samantha’s Friends” event, Telfer will be joined by such fellow actors as Eric Martsolf, Christopher Sean, Kyle Lowder, Jordi Vilasuso, and Stacy Haiduk. 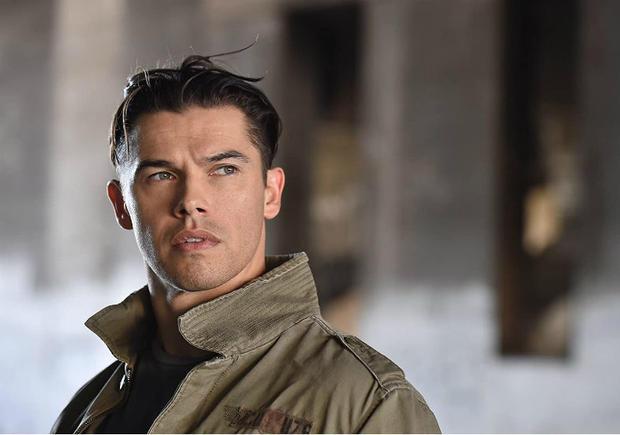 On October 10, he will be a part of Spectrum’s “Dishin’ Days Quintennial” event, which will take place at the Los Angeles Burbank Marriott Airport Hotel. ​A part of each ticket sold will go towards the Los Angeles LGBT Center. For more information, check out the Spectrum Celebrity events website. “They have been great, and hopefully, this event will go through as well,” he said. “That would be fantastic. The ‘Dishin’ Days’ guys have been incredibly supportive to me, and the least I can do is reciprocate some of that support.”

Telfer is a firm believer that age is whatever one allows it to be. “Age is meaningless. The older I get, the more I realize that. Time and age are whatever you allow it to be,” he explained.

Regarding the title of the current chapter of his life, Telfer said, “Happy Valentine, Happy Quarantine.” “My wife and I have both spent time apart because of our work, and we are grateful that we get to be together,” he said. “We allow for space and we give grace under all circumstances during this time.”

In his teenage years, he swam competitively and he was a rugby player. “I swam butterfly and freestyle, I also played rugby and lifted weights. Outside of the school, I would do Tae Kwon Do. I loved martial arts,” he said. “As a kid, I loved running fast. I was a sprinter, I threw the shot put, javelin, and the discus. At the time, I wasn’t good at long-distance and middle-distance running. I am now, but I wasn’t back then.” 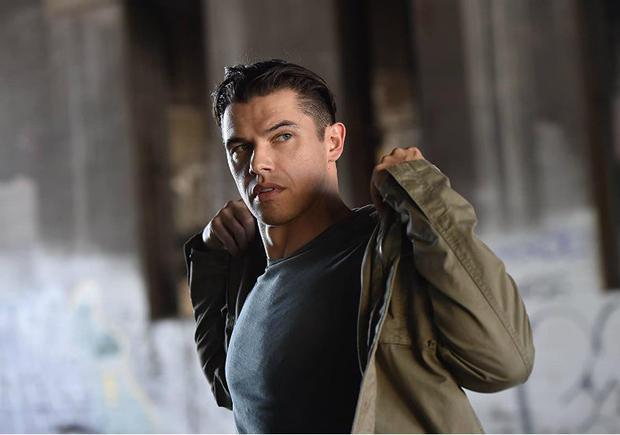 For his fans and supporters, Telfer said, “Thank you for your continued support. Personally, I am astonished that anybody pays attention to my career and knows who I am. I am very grateful who engages with me in a positive way on social media on Instagram and on Twitter. I will always reciprocate that support and enthusiasm.”

Regarding his definition of success, he said, “Success is mostly realizing the best version of the goals that you’ve set for yourself.”