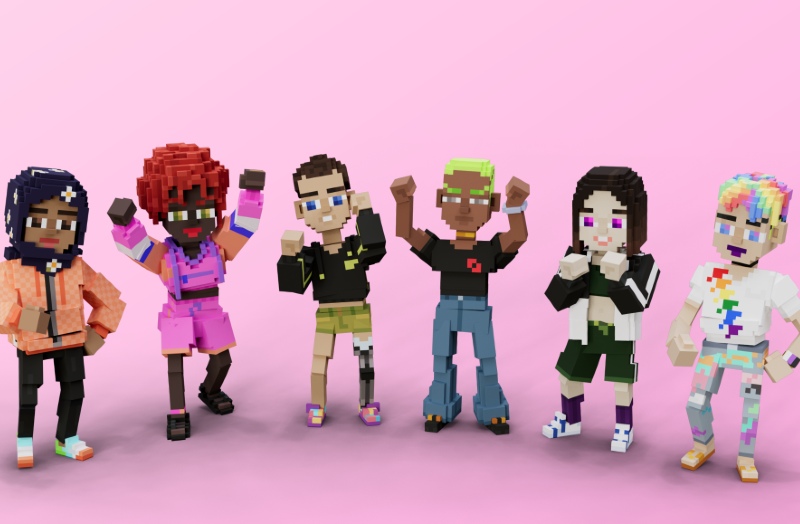 MetaPride Land will launch later this week in three of the globe’s leading Metaverse platforms.

It is a universally safe space for the worldwide LGBTQ+ community, and it will be available in Decentraland, The Sandbox, and Voxels.

The physical event will be held at Avant Gardner in Brooklyn NY and will showcase world-class talent including an exclusive Livestream by Grammy-Winning artist Galantis and Above & Beyond.

Many of the experiences and performances happening on stage will be recreated as digital performances and live-streamed into the Metaverse for people all over the world to enjoy for free.

MetaPride Land is a significant achievement, as there are still 68 countries in the world where it is illegal to be gay, with strict antigay policies. Even in the USA, there are currently over 200 bills trying to strip the LGBTQ+ community of its rights and protections.

This is particularly relevant to queer people who live in rural areas with potentially nonexistent LGBTQ+ communities.

“We don’t just want the option of online spaces to connect with one another,” producer Jake Resnicow remarked in a press statement. “In many cases, it’s all we have.”

Resnicow’s thoughtful and theatrical Pride Festivals in New York, Miami, Las Vegas, and Los Angeles have made him the country’s leading gay event producer. Resnicow was recently recognized by Out Magazine as one of their OUT100 “Most Influential LGBTQ+ People of the Year.”

“By celebrating Pride in the Metaverse, discrimination becomes disempowered,” Resnicow said. “MetaPride Land will be a safe and anonymous place for people to find community and belonging, to celebrate Pride from the safety of their homes, and choose their level of immersion through sociable experiences,” he elaborated.

MetaPride Land was born out of the inequities that are plaguing the much-hyped and over-promised potential future of web3.

Matt Stevenson, the founder of MetaPride Land, witnessed these inequities firsthand through his work with TIME, where he helped conceptualize TIME’s web3 platform TIMEPieces

In addition to ticket sales, MetaPride Land will raise funds for LGBTQ+ charities through the launch of a global NFT collection. Foodmasku, a leading queer artist whose work has been featured in The New York Times, will curate the first MetaPride Land NFT collection; a repertoire that celebrates queer identity with original works from today’s leading queer and BIPOC NFT artists and allies including Hackatao and Julie Pacino.

The NFT collection will be promoted and featured on OpenSea, the world’s largest NFT marketplace. In celebration of MetaPride Land’s mission, OpenSea has agreed to waive all primary and secondary fees.

Unstoppable Domains, the No. 1 provider of NFT domains on the blockchain, is donating domains for anyone who attends the physical or digital events with MetaPride Land.

MetaPride Land will launch from June 24 to 25 in New York City. To learn more about MetaPride Land, visit its official website, and follow it on Instagram.