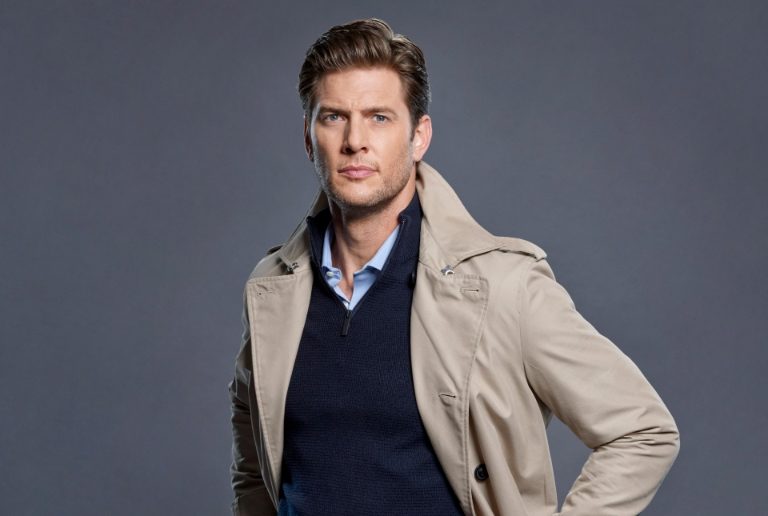 Actor and filmmaker Ryan McPartlin chatted with Digital Journal’s Markos Papadatos about writing and starring in the new original mystery “Cut, Color, Murder,” which will premiere on Sunday, February 6 on the Hallmark Channel.

Stacey N. Harding directed this mystery from a script by Ryan McPartlin. “Our director Stacey was so fantastic,” he admitted. “We want to give the audience twists that they don’t see coming.”

At Monarch Beauty Salon, Ali Bowden (Julie Gonzalo) makes it her mission that everyone who visits her beauty parlor gets the best cut and color, and along with that comes a healthy serving of gossip.

With everyone gearing up for the annual “Miss Golden Peak” pageant, business is
booming, and her sister Chelsea (Grace Beedie) decides to enter the competition.

Things take a deadly turn when the pageant creator is found dead and everyone
in town becomes a suspect – including her sister. With information overheard at her own salon, Ali helps the new detective in town, Kyle Crawford (Ryan McPartlin), investigate the case.

Doing so brings back memories from when she was trying to help solve her own husband’s murder years prior. Just when Ali gets close to uncovering the killer’s identity, she risks everything to get answers and clear the names of those she loves and learns some startling facts along the way.

McPartlin admitted that “Cut, Color, Murder” has “been a journey.” “It has been fantastic,” he said. “We decided to make our lead female a hairstylist in a beauty salon, and I liked that idea. Her former husband passed away, and I play the detective, Kyle, that is new to the town. That’s where it started so to see it finally come to life, after a long process, was surreal for me. It was one of the coolest things, a pinch-me moment for sure. I loved it so much.”

“I just had the best time and I loved the cast,” he acknowledged.

Speaking of the cast, he had great words about his co-stars Eva Tamargo and Brad Harder. “Eva and Brad are just two great people, and I am so grateful that they agreed to be a part of this,” he said.

“Eva, Julie, and Grace hit it off right away,” he said. I wanted a Gilmore Girls type of dynamic and relationship with them and they just had instant chemistry. They were the heart of the show, honestly. It was like magic, like lightning in a bottle that just popped off the screen.”

McPartlin (who is known for playing Hank Bennett on the defunct NBC daytime drama “Passions”) was thrilled to have a “Passions” reunion with Eva Tamargo (who played matriarch Pilar Lopez-Fitzgerald). “Eva and I go way back since our ‘Passions’ days. ‘Passions’ is great, it is just classic. I’m surprised that it is not on one of the streaming services,” he said.

“I want the fans to have fun with ‘Cut, Color, Murder’,” he said. “I am already trying to figure out how to do a squares game, in the same fashion that you do for the Super Bowl so stay tuned for that.”

“Also, I have a friend that has made drink recipes for the watch party that we are going to have, so I want to create an event for people to come together (where they can invite their family and friends, or via Zoom), and I want them to guess who the killer is early on and go on the journey to see if they are right, and then have some fun along the way,” McPartlin said.

Speaking of “Passions,” McPartlin had great words about working with actor James Hyde, who played his older brother, Sam Bennett on “Passions.” “James is the best,” he exclaimed. “I love James, he was one of the first that reached out, and he has been such a cheerleader for me in everything that I have been doing. He is like a big brother to me.”

On being a filmmaker and actor in the digital age, McPartlin said, “I feel like it’s all about the content, which is king. My goal is to provide good stories and to always bring more.”

For young and aspiring actors, he encouraged them “to have fun.” “Also, don’t put yourself in a box,” he said. “You need to have a certain amount of energy up, really be present, and listen. You need to go out and ‘do’ and ‘live,’ and bring all that into your roles.”

On the title of the current chapter of his life, McPartlin said, “This One’s for Me.” “When I sit down to start a new job or a new development, it is not what I think the audience will show up for, it’s what turns me on about it,” he explained.

In addition, McPartlin is a co-founder and a Chief Taste Taster of Plate Therapy, along with his wife Danielle. “Plate Therapy has been great,” he said. “COVID was a struggle but we just launched our baked goods, which we can ship domestically to all 48 states.”

“Our goal is to leave a legacy of people teaching their children about the proper way to eat, and the ingredients that will make them feel better. Plate Therapy is definitely a labor of love for us,” he added.

“Also, making sure that you are putting in the work in your friendships and your relationships. Success is simply just putting the work in,” he concluded.