The actor best known for Rain Man and The Graduate recently helped a jogger who fell in London’s Hyde Park, suffering from cardiac arrest. Sam Dempster told media that Hoffman, 74, waited with him after he collapsed until paramedics arrived.

Martin Macarthur, one of the paramedics on the scene, said Hoffman described seeing Dempster collapse and froth at the mouth, as AP writes.

“It is essential to get a history of what has happened, and he witnessed the jogger go down. He was the main witness and saw him stagger and go down,” Macarthur said. “He stayed on the scene for the whole duration of the resuscitation which was about 15 minutes. He was very concerned.”

A similar story happened in L.A. this week when actor Mila Kunis (That 70s Show, Black Swan) rushed to a man’s side after he suffered a violent seizure near her home. The 50-year-old man works in Kunis’s home and has since made a full recovery. TMZ writes “the 28-year-old actress grabbed the man’s head … turned it to the side so he wouldn’t choke … while another person stuffed a wallet in his mouth so he wouldn’t swallow his tongue.” 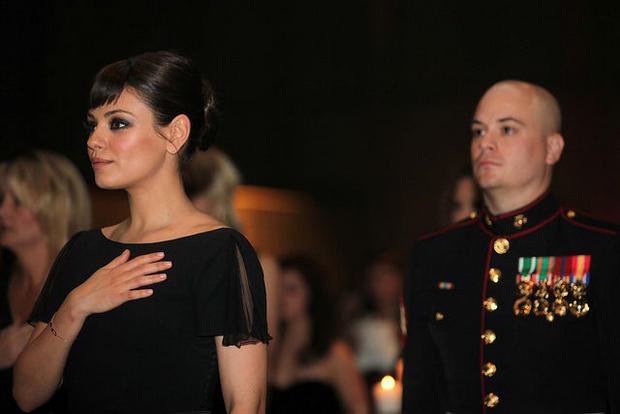 These actors-turned-lifesavers stories are coming only two weeks after another celebrity played hero: Grey’s Anatomy star Patrick Dempsey came to the rescue of a teenage driver, who crashed and flipped his car in Malibu, TMZ points out.