On his new song “Christmas Everyday,” Atkins said, “That was cool. Jay hit me up in September and asked if I would do a Christmas song with him, and I said ‘yes.’ I told him that we should get together and write one, as opposed to covering a Christmas song. He said that he was down for that, so we brought him Rose Falcon, and I love how the song turned out.”

“Every writer has a different story about what this Christmas song is about,” Falcon said. “For me, personally, I see that people during the holidays are generally nicer to each other. It makes you wish ‘why can’t it be like that all the time’.”

“This song helps put people in a good place. Hopefully, this song will help folks feel connected even in these isolating times,” Atkins added.

The country couple opened up about life during the quarantine. “We have been good,” Falcon said. “While we miss being on the road, we are also homebodies and we like to spend it with our family and our kids. We don’t mind the quarantine that much, besides not being able to play live shows.”

Atkins shared that his songwriting is inspired simply by real life. “I love the process of writing songs and being creative since it allows me to touch people’s lives. That’s what makes me tick,” he said.

“We are so lucky to do what we do because we get together with our friends, we get to hang out and do something that we love with people that we love too. It’s such a cool thing,” Falcon said.

“Being home and doing videos and Livestreams has opened the door for us to do a project together. We are finishing that up right now and we are excited for people to hear it,” Atkins added.

On his career-defining moments, Atkins responded, “For me, it was never about being in the spotlight. It has always been about connecting with people through music on such a personal level. When people know your music and feel connected and you haven’t even met them, that has really defined the music that I want to record.”

For young and aspiring country singer-songwriters, Falcon said, “Don’t have a Plan B because if you do, you will take that road. It may get so hard but if you keep pushing through, something will eventually happen.”

“You should write songs about how you want to feel,” Atkins said. “Writing songs is so important for artists to figure out who they are, and get their voices to not sound like anyone else.”

Falcon noted that it would have been cool for her to do a duet with the late but great Tom Petty, and Lucinda Williams.

On the title of the current chapter of his life, Atkins said, “Peace of Mind.” “We are pretty peaceful right now,” he admitted.

Atkins defined the word success as contentment in life and being driven. “Be happy with what you have but keep on pushing,” he said.

“Bless the fans, they are the reason why I do what I do. The fans are my favorite thing about this whole crazy business,” Atkins said. “I am thankful, especially in times like these when we are isolated. The fans are connecting with us on social media and they are watching our Livestreams, and that is what is keeping us going,” Falcon added.

“Christmas Everyday” is available on digital service providers by clicking here. The song garnered a favorable review from Digital Journal. 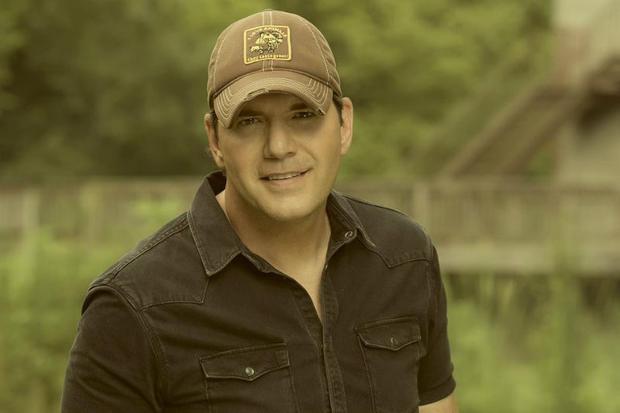