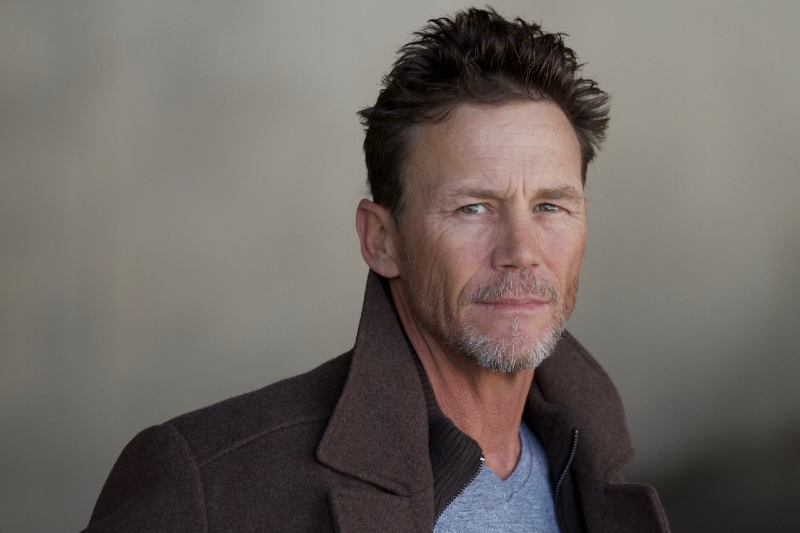 Actor Brian Krause (“Charmed” fame) chatted with Digital Journal’s Markos Papadatos about his latest endeavors, which include RomaDrama Live! and being an actor in the digital age.

Krause is best recognized for his longtime leading role as Leo Wyatt on the WB television series Charmed. He is also recognized for portraying the lead role of Charles Brady in the 1992 horror film, “Sleepwalkers.”

He also starred in the defunct daytime drama “Another World” and he is a series regular on “Cypher.”

In his respected career in the entertainment industry, Krause has played many diverse roles but is loved by all in his drama-packed performances, and of course, his romantic holiday movies.

He is looking forward to being a part of the upcoming RomaDrama Live! fan event, which will take place at the Palm Beach Convention Center in West Palm Beach, Florida, from June 24 to 26, 2022. RomaDrama Live! was co-created and co-founded by Sara Lunsford and Gabrielle Graf Palmer. “I am excited about it. I wish it happened three weeks ago, but Omicron got in the way. I can’t wait to get down there. I have never been to West Palm before so I cannot wait. Bring on the sun,” he exclaimed.

“I love what Gabrielle and Sara have put together,” he said. “RomaDrama Live! in Nashville was a great run and I think it has a lot of potential to catch on, and it can be something that people can enjoy for a long time.”

“If you are a fan of Lifetime, Hallmark, and GAC Family, then you need to go to RomaDrama Live! It is kind of like a ComicCon since we are all in the same building and you can meet us, but Gabrielle has approached it in a lighter and more fun manner. There is music and everyone is up off their seats, and it’s really an engagement one on one. It’s a lot more personable than your average ComicCon and I had a blast in Nashville. I can’t wait to see how it goes forward. The whole dynamic of the setup is a lot more engaging for the fans and we are able to spend more time with them and hang out with the fans. It’s more of a weekend party, he elaborated.

On being an actor in the digital age, Krause said, “There is more work out there. In the era of diversity, it has allowed a lot more people into the business, which is fantastic. Oftentimes, I play more of the ‘bad guy’ these days, which I really enjoy so it has really opened up a whole new world. There are a lot more great stories being told about the human experience. Art is definitely resembling life more.”

Krause will also be playing the role of Max Chandler in the film “Breakout” opposite Emmy winner Kristos Andrews (“The Bay”). “For me, that was fantastic,” he admitted. “I am the head of this prison gang and I am telling everybody how to break out of prison. For me, that was something I don’t usually get cast in, especially to be the mastermind tough guy. I am branching out into a whole different style of characters, which is new and exciting.”

He had great words about working with Kristos Andrews. “Kristos is so great,” Krause exclaimed.

On the title of the current chapter of his life, Krause said, “Discovery and Freedom.” “I got rid of everything in my apartment and I downsized it all,” he said. “Everything is either in a small storage unit or in my car. I am just off exploring. I am writing a movie.”

He will also be participating in the 90s Con 2022, which will be held at the Hartford Convention Center in Connecticut. He will be appearing on Saturday, March 12, and Sunday, March 13. “90s Con will be great. Hopefully, spring will hit by the time I get there,” he said. “It will be great to see Holly Marie Combs again.”

“I think we can have many miniature successes all day every day, and that’s the goal,” he added. “Success is being surrounded by family and friends.”

To learn more about actor Brian Krause, check out his IMDb page and follow him on Instagram.