Now 61, Rothblatt has led a life characterized by dramatic transformations, which she recently recounted to attendees at the Atlantic Magazine Ideas Forum in Washington, DC.

Hired out of UCLA by a top Washington, DC law firm, she quickly found a niche representing the television broadcasting industry before the FCC. Subsequent work on behalf of NASA inspired an interest in radio astronomy and satellite navigation technology. She went on to become one of the co-founders of the satellite radio network Sirius Radio (later combined with its rival XM Radio). Then fate intervened. Her youngest child, Jenesis, was stricken with a relatively rare and potentially fatal disease called pulmonary arterial hypertension (PAH), which is caused by constriction of the arteries that carry blood from the heart to the lungs. PAH causes fatigue, fainting spells and shortness of breath and can result in heart failure. Although her daughter was able to survive on a mix of pills, doctors warned that if her condition deteriorated, she’d require a medication that would have to be continuously administered intravenously in the groin or neck.(Once it got into the bloodstream it was effective for only three minutes.) Since the drug was unstable at room temperature, Jenesis would also have to carry an ice pack 24 hours a day to keep it cool. For Rothblatt, the treatment seemed worse than the disease. Was it possible, she wondered, to derive an alternative treatment for PAH– one that could be taken in pill form and have a more lasting effect? She sold her stake in Sirius and put two million dollars of her own money into the effort to find a more effective and easily administered treatment, but little came of it. So she decided to see if she couldn’t find such a drug herself.

Since she knew practically nothing about medicine — unless you count a high school biology class — this had the makings of a quixotic undertaking. Undeterred, Rothblatt began to learn everything she could about the disease, poring through medical journals and textbooks, a task that was considerably more difficult in the pre-Internet era. In the course of her research, she discovered a drug that seemed to offer a potential treatment. The pharmaceutical giant Glaxo Wellcome owned a patent on it, but it had fallen into neglect. Because PAH affects only a couple of hundred thousand people worldwide it’s considered an orphan disease, the kind drug companies tend to ignore in favor of say, developing a drug for cholesterol which millions of patients will use. So she bought the patent and formed a biotech startup — United Therapeutics — to produce and market the drug herself. She called it Orenitram (Martine Ro spelled backward.) The drug worked. Today, her daughter is a healthy 30-year-old. (In 2013, the FDA gave formal approval to Orenitram.) The new company specializes in developing drugs for orphan diseases like PAH that major pharmaceutical companies overlook. In spite of initial skepticism by investors, the company has done well, earning a place on Forbes’ list of America’s Best Small Companies in 2012. Three years later, the magazine named Rothblatt as #35 on its list of America’s Self-Made Women, putting her net worth at $390 million.

Optimally, the types of drugs United Therapeutics hopes to develop will be customized to a patient’s genetic makeup. Gene sequencing, Rothblatt points out, is becoming more widespread and cheaper; sequencing a genome used to cost hundreds of thousands of dollars. Now it’s down to about a thousand dollars and soon she predicts that it will be closer to $100. “Once a gene is sequenced, we can determine how each individual will respond to particular drugs, whether someone will benefit or whether it will be a waste of time. Even twins respond differently because of epigenetic changes.” (She’s referring to genetic changes caused by environmental factors; smoking is a good example.) Such an approach will have an additional benefit insofar that it will be possible to test new drugs on a much smaller group of subjects — those with only a particular genome — than is currently the case now. “Insurance companies will be happy too because it will bring down costs.” In the future, she says, it might be possible to speed the process of testing drugs by building computer models and running programs to predict how a patient might respond to an experimental drug. Bioinformatics — which relies on computer science, statistics, mathematics, and engineering to analyze and interpret biological data — will become more important in the future, she says.

But bioinformatics may not only propel the development of new treatments; the accumulation of so much data — about what’s going on in our lives as well as inside our bodies — might one day make it possible to create “digital doppelgangers” or approximations of ourselves. To some of us, this might be a chilling notion, not to Rothblatt. Let her explain: “All of our information is being poured into big data repositories (Facebook, YouTube, Uber, etc.). Virtual simulacrums are being created of ourselves. It’s one of the hottest areas of development known as mindware.” She cites Siri, Apple’s famous voice recognition program, as a good example. The data that constitutes “a mind file” forms a digital replica, “so that our cyberconscious selves will be continuous with ourselves.” It’s possible that these ‘selves’ will act, maybe think and even feel like us. Are these digital replicas “puppets or sentient beings?” It’s obvious which side Rothblatt comes down on. She cites recent cases where animal rights activists have gone to court to argue — often successfully — that chimpanzees and other animals shouldn’t be subjected to medical tests because they have feelings and are entitled to many of the same legal rights as humans have. Consider a scenario where a person’s memories, thoughts and knowledge are stored in the cloud, who is then debilitated by Alzheimer’s. Would this cyberconscious self have a greater claim to the person’s ‘identity’ than the person himself who may no longer even know who he is?
To advance her quest for “technological immortality via mind uploading,” Rothblatt founded the Terasem Movement, which convenes conferences, issues grants, publishes papers, and even maintains a “Terasem Island” on the Internet virtual reality site, Second Life. “I know this sounds messianic or even childlike,” she told New York Magazine. “But I believe it is simply practical and technologically inevitable.”

Questions of what constitutes identity have preoccupied Rothblatt for much of her life. Since becoming transgender in 1994 at the age of 40, she’s witnessed immense changes in the way transgender people are treated. “It was a fascinating period that I’ve lived through,” she notes, observing that when she changed her gender the Defense of Marriage Act, defining marriage as a union between a man and a woman, had just been enacted. By that time she’d been married for 14 years. “Was it no longer a marriage? Some people thought it was strange and awful and wrong.” One person asked her how she could possibly explain to her children. But in fact, her children accepted her transformation. So did most of her friends, colleagues and clients. “One Wall Street banker said to me, ‘Well, you look different, but I don’t care whether you’re a man or a woman or wear a gorilla suit so long as you make money for me.’” She managed to take two businesses public without raising any eyebrows; being transgender made no difference to investors. She believes that Caitlin Jenner (whose sex change has been documented on a popular TV show) has been “wonderful for transgender people… Middle-aged people come up to me and say that now that they’ve seen the show they can understand what I went through.” But she regards Obama’s support for the LGBT community as even more important for spurring Americans’ awareness and acceptance. “We see ourselves as occupying a space between male and female with some at one end of the spectrum and some at the other.” Her book, The Apartheid of Sex , makes the case that “the genitals don’t determine your gender or even really your sexual identity. That’s just a matter of anatomy and reproductive tracts…” But society nonetheless categorizes people in terms of sexual identity in much the same way that the apartheid regime in South Africa used to categorize its population in terms of race. That, she argues, has to change. “The reality is a gender fluidity that crosses the entire continuum from male to female.” 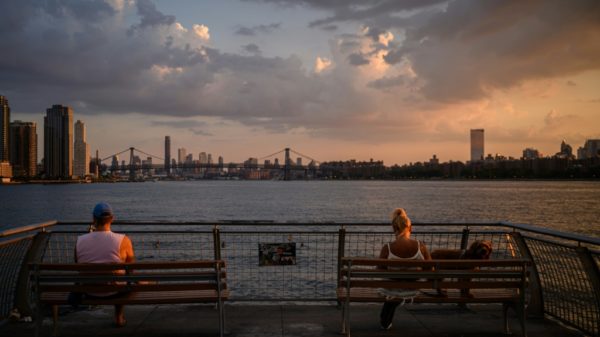