Oregonians voted in 2014 to approve the sale of recreational marijuana, and pot became legal in 2015. Medical marijuana has been legal in Oregon since 1998, and the Oregon Health Authority oversees a separate program regulating that industry.

The Oregon Liquor Control Commission (OLCC) was given authority to hand out licenses and after a poor year in 2016 due to bad weather, the LOCC went wild, handing out dozens of licenses. The thing is, in 2017, the supply was still sort of low, due to the 2016 storm, so this kept prices high.

But all the while, the OLCC continued to hand out growers licenses like they were candy. As of April 1, 2018, there are 963 licensed recreational cannabis growers, while another 910 were awaiting OLCC approval.

Legislation to give OLCC more authority
Finally, after five years of growers flooding the market with more weed than can be sold legally in the state, lawmakers are intent on giving the state commission more leeway in denying growers licenses.

The bill, already passed by the state Senate is now on its way to the House. Its aim is not only to reduce the huge surplus but to prevent diversion of unsold legal marijuana into the black market – forestalling a crackdown by federal prosecutors, according to the Associated Press.

“The harsh reality is we have too much product on the market,” said Democratic Gov. Kate Brown, who intends to sign the bill if it wins final passage as expected. 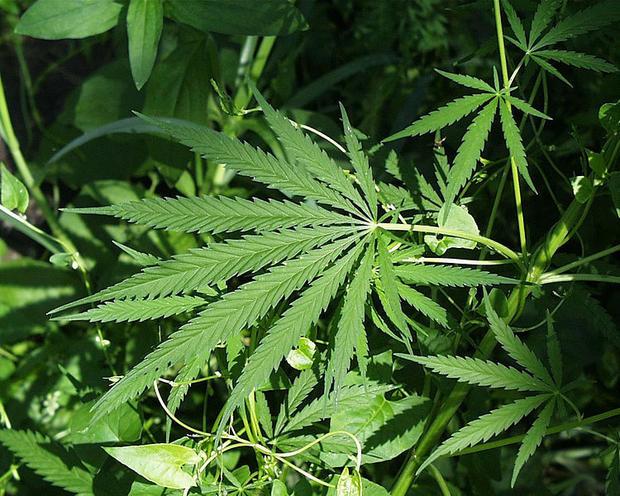 A photograph of Cannabis sativa.
U.S. Fish and Wildlife Service

The big concern is the black market, and according to the Daily Beast, in the last two years, at least 150 cannabis businesses, ranging from family farms to trendy Portland dispensaries, have closed down. State data shows farmers have grown three times more cannabis than can be consumed.

Many growers in the over-crowded market are left with large garbage bags of unsold marijuana. Those who can’t sell their crop end up going out of business. They are supposed to get rid of the pot by burning, burying or composting it. Or they can turn it over to state bureaucrats.

“I’d be surprised if that’s actually happening,” said Donald Morse, chairman of the Oregon Cannabis Business Council. “People have a hard time destroying tens of thousands of dollars’ worth of product.”

“This current track seems like a giant step backwards toward prohibition, which has always been a disaster,” Blake Runckel, of Portland, told lawmakers in written testimony.

According to Time.com, retail prices for pot in Oregon have plummeted from more than $10 per gram in October 2016 to less than $5 in December 2018.

Without a doubt, the overabundance of pot has thrown the industry into a panic, with once confident new growers going out of business, losing everything. Many small pot farmers are unable to declare bankruptcy because marijuana is still listed as a federally scheduled narcotic.