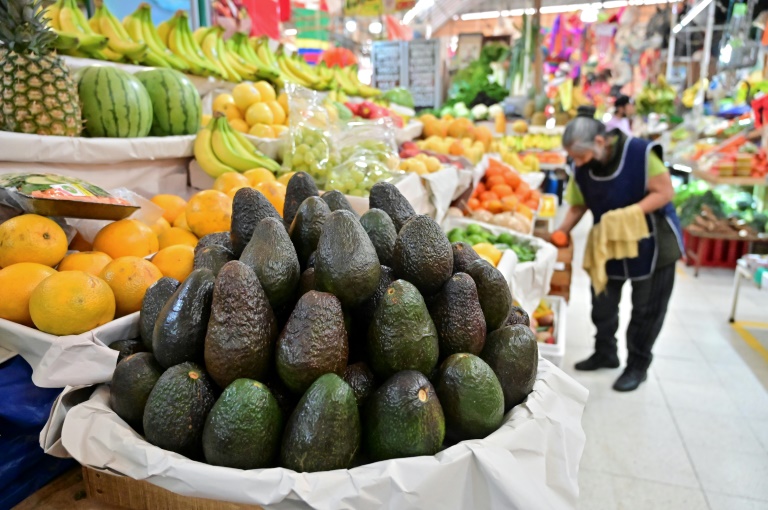 Mexico announced Wednesday an agreement with members of the private sector aimed at maintaining prices of staple foods in the face of the highest inflation in two decades.

“This is not about price controls. It’s an agreement, an alliance to guarantee that the basic food basket is priced fairly,” President Andres Manuel Lopez Obrador told reporters.

Telmex, the communications giant owned by tycoon Carlos Slim, promised not to raise telephone and internet prices this year.

Like many countries, Mexico is facing a sharp rise in consumer prices that is pushing up the cost of living.

Mexican inflation hit 7.45 percent in March, well above the central bank’s target of around 3.0 percent.

Mexico already subsidizes fuel, using money generated by its oil and gas industry, without which inflation would be around 10 percent, Ramirez de la O said.

The measures presented by the government also aim to boost production of corn, rice and beans to prevent any shortages.

Two million more tons of fertilizer — a product facing a supply squeeze because of the war in major producer Ukraine — will be distributed to the agricultural sector.

The government said it would boost road security to prevent food theft and pledged not to increase tolls and rail transport fees.

The Mexican central bank has raised its benchmark interest rate at seven consecutive meetings, to 6.5 percent, in an attempt to rein in soaring consumer prices.

With concerns mounting about inflation and weaker US growth, the Bank of Mexico downgraded its economic outlook in March, forecasting growth of 2.4 percent this year.