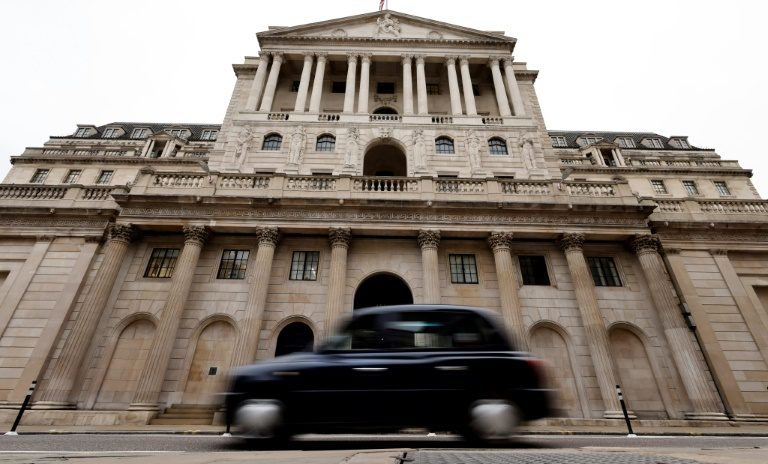 The Bank of England is on Thursday expected to raise interest rates for a fourth time in a row to contain runaway inflation that is causing a cost-of-living crisis.

Economists widely forecast that the BoE will hike its main borrowing cost by a quarter point to one percent — which would be the highest level since the global financial crisis in 2009 — at a regular policy meeting.

The decision comes as Britons on Thursday head to the polls in local elections, seen as a mid-term test for embattled Prime Minister Boris Johnson.

It also follows the US Federal Reserve’s decision Wednesday to raise interest rates by half a percentage point to contain inflation on the other side of the pond.

Central banks worldwide are raising rates, with inflation sitting at the highest levels in decades.

Prices are soaring as economies reopen from pandemic lockdowns, and in the wake of the Ukraine war that is fuelling already high energy costs.

“A 25 basis-point rate hike from the Bank of England’s Monetary Policy Committee (MPC) on Thursday looks like a foregone conclusion, and so investors’ focus will be on any hints about further increases in borrowing costs in the upcoming meetings,” noted City Index analyst Fawad Razaqzada.

He recently warned that an erosion to workers’ salaries owing to high inflation would cause a slowdown in growth.

It surged to 7.0 percent in March from 6.2 percent in February, official data showed.

And the Bank of England has predicted that UK annual inflation could reach double figures by the end of the year.

“If there’s an advanced economy that’s more at risk of falling into a recession, it’s the UK,” noted Deutsche Bank economist Sanjay Raja.

“Limited fiscal support to offset record-breaking energy price rises, tax rises, and a sizeable cost-of-living crisis shrinking real disposable incomes at a historic rate, all mean that the MPC will want to carefully calibrate its next moves going forward.”

Britons’ cost-of-living has soared further in recent weeks following a tax hike on UK workers and businesses in addition to a fresh surge in domestic energy bills.

The UK economy is set to grow by 3.7 percent this year, the International Monetary Fund recently forecast.

That was sharply down on an IMF estimate of 4.7 percent given in January, one month before Russia’s invasion of Ukraine.

As the Covid-19 pandemic began in early 2020, the BoE slashed its key interest rate to a record-low 0.1 percent and also pumped massive sums of new cash into the economy.