We first became aware of naled’s potential risks when the pesticide was sprayed in Dorchester County, South Carolina, resulting in the killing off of over three million honeybees.

Beekeepers were up-in-arms over the aerial spraying that took place, claiming they had not been notified of the spraying before it happened. At about the same time, the naled controversy in Florida started to heat.

The Guardian took up the story and found out that South Carolina has very strict rules that protect pollinators, but according to Dr. Mike Weyman, the program head of Clemson University’s department of pesticide regulation, county officials were using the neurotoxin, naled, under a clause exempting them in a “clear and public health crisis.” 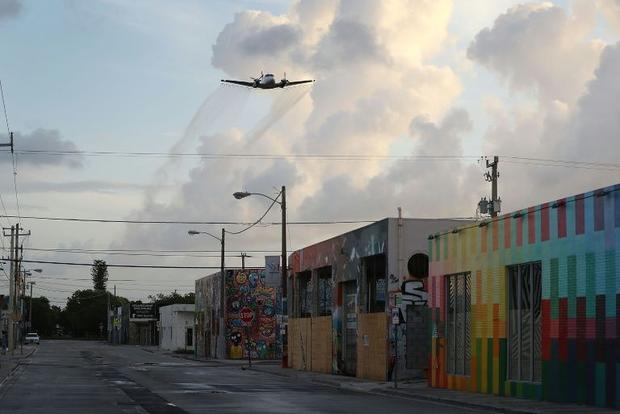 A plane sprays pesticide over the Wynwood neighborhood in the hope of controlling and reducing the number of mosquitos, some of which may be capable of spreading the Zika virus on August 6, 2016 in Miami, Florida
Joe Raedle, Getty/AFP/File

Probably more worrisome is what a Louisiana beekeeper, who requested anonymity, told the Guardian because he works with county officials. He said the really big concern is in the careless mixing and application of the chemicals. Mismanagement can cause long-term imbalances in the environment.

What is Naled?
Naled (Dibrom) is an organophosphate insecticide. It is in the same class of compounds as chemical weapons that have been classified as nerve agents. It is also an adulticide, meaning it is only effective on adult mosquitoes. Products bearing the name naled must bear the single word “Danger.”

Organophosphates are chemicals that cause cholinesterase inhibition in humans and pests, over-stimulating the nervous system and causing nausea, dizziness, confusion, and at high exposures, respiratory paralysis, and death. One of the by-products of the degradation of naled is another organophosphate called trichlorfon.

In studies done by Cornell University, trichlorfon was found to cause a “severe reduction” in brain weight and shape in test animals. The study also found that trichlorfon exposure to the developing brain in animals was a key factor in the development of neurological damage. In other words, when the brain was developing.

Naled safe in U.S. but banned in the European Union
Naled has been registered as being safe to use in the U.S. by the Environmental Protection Agency (EPA) since 1959. However, the pesticide has been banned in Europe since 2012. The EU classifies naled as being harmful to aquatic life, dangerous if swallowed and harmful if it comes in contact with the skin, according to Live Science. 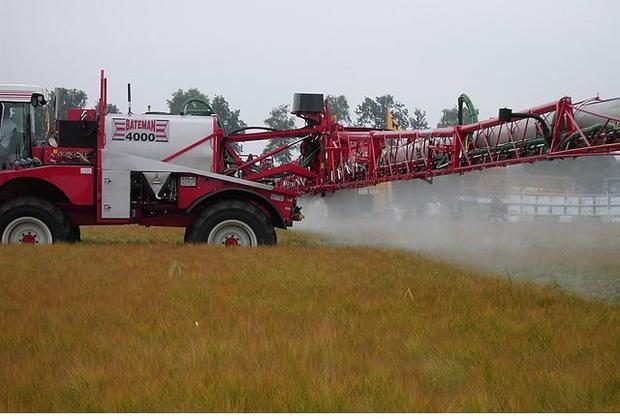 In July this year, the U.S. Centers for Disease Control and Prevention (CDC) shipped naled to Puerto Rico for Zika prevention without notifying the commonwealth. But Puerto Rico has banned the use of naled because it poses a high risk to pregnant women.

In an interview with the Huffington Post, Jennifer Sass, a senior scientist with the environmental group Natural Resources Defense Council, said that naled is a “neurotoxin and among the class of the most toxic pesticides.”

Sass added that those most at risk from the use of naled are pregnant women, and the chemical could cause neurological damage to the fetus. She also pointed out that studies showed it caused abnormal brain development in animals even when used at the recommended levels.

Again, it all boils down to how much of the pesticide is used and the care taken to prepare the chemical in solution and the skill of the person administering the chemical. Obviously, people have to [apply it] properly,” said Keith Solomon, a professor emeritus at the University of Guelph in Canada who is a researcher in environmental toxicology. “But as long as you put it on properly, there’s not going to be an excess risk to humans.”

Solomon also says we shouldn’t take the European Union’s banning of naled as meaning it is dangerous. He says the EU operates according to the “precautionary principle,” meaning that “where scientific data do not permit a complete evaluation of the risk, recourse to this principle may, for example, be used to stop distribution” of a product that could be dangerous.

By the way, Solomon also says that in the U.S., actual harm must be done before a product could even be considered harmful, and we know how long that procedure takes. But the interesting thing about the use of naled is that even when aerial spraying appears to kill off adult mosquitoes, they rebound in even greater numbers.

Naled is diluted a great deal in solution for aerial spraying, so why in the world would we be using something that is not that effective with aerial spraying? Ground spraying ensures better contact with the offending pest and is safer for the environment, too.