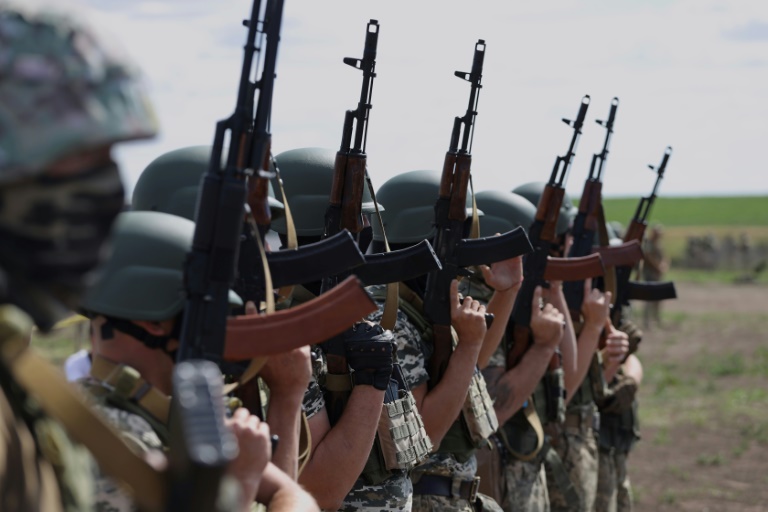 World leaders including US President Joe Biden will seek to close ranks at back-to-back summits from Sunday on offering emphatic support to help Ukraine repel Russian invaders as the relentless war puts international unity to the test.

In the face-to-face talks, the allies will take stock of the effectiveness of sanctions imposed so far against Vladimir Putin’s Russia, consider possible new military and financial aid for Ukraine, and begin turning their eye to longer-term reconstruction plans.

But they will also be struggling to maintain a united front as the fallout from the war — from soaring inflation to looming food shortages to fears over energy supplies — tug at their resolve.

Ahead of the summit of G7 most industrialised nations which will be hosted from Sunday at the Bavarian mountain resort of Elmau Castle, German Chancellor Olaf Scholz warned that allies would need stamina in shoring up Ukraine.

“The truth is, we are still far from negotiations between Ukraine and Russia” because Putin “still believes in the possibility of a dictated peace”, Scholz said on Wednesday.

“It is therefore all the more important that we stay firmly on course — with our sanctions, with internationally coordinated arms deliveries, with our financial support for Ukraine.”

Scholz will be arriving in Elmau from an EU summit in Brussels, where the 27-member bloc on Thursday agreed to grant “candidate status” to Ukraine.

After the G7 summit closes on Tuesday, the leaders will head to a gathering of NATO powers in Madrid.

There, cracks are already apparent over Sweden and Finland’s bids for accession, after Turkey blindsided the 30-member defence alliance in opposing the applications.

Western allies have supplied Ukraine with billions in financial aid and armaments, with the US leading the charge with $5.6 billion worth of weapons alone.

But as the war drags into its fifth month, Ukraine has repeatedly warned that it needs far more support to withstand the grinding Russian assault.

Ukraine’s President Volodymyr Zelensky will participate in the G7 and NATO summits in separate video-link sessions, but he has made his agenda abundantly clear with his repeated pleas for more pressure on Russia and more weapons for his troops.

Washington said leaders at the G7 plan to “roll out a concrete set of proposals to increase pressure on Russia”.

Yet allies’ coordinated unprecedented action to shut down Russia’s economy has failed so far to work.

Instead, it has exposed the Achilles heel of energy reliance that continues to crimp the ability of major players like Germany or Italy to go all out in punishing Moscow.

As the impact of Western sanctions start to trigger more violent aftershocks in the world economy, a backlash was also looming in other parts of the world.

Three invited guests at the G7 summit — India, Senegal and South Africa — have all shied away from condemning Russia over its invasion and all three face being hard hit by looming food shortages.

A fourth guest, Indonesia, while voting for Russia to withdraw from Ukraine in a March UN vote, has refused to bar Putin from the G20 summit it is hosting in November. Instead, it has invited Zelensky too to attend.

Thorsten Brenner, director of the Global Public Policy Institute, noted that “a crucial task is convincing many non-Western countries who are sceptical of sanctions that the West is mindful of their concern about rising energy prices when designing sanctions”.

“G7 also needs to make it clear that… the West lives up to its responsibility of advancing food security in most vulnerable countries.”

Meanwhile in Madrid, where a broader spectrum of countries count among members, military support for Ukraine will be on the NATO agenda.

Here too, leaders will be keen to demonstrate their ironclad resolve to shield member states against Russia.

But Turkey’s opposition of Finland and Sweden’s membership bids looks set to tarnish the show of unity.

The remaining 29 NATO leaders will seek to get Turkish President Recep Tayyip Erdogan to move towards a compromise but Germany has sought to manage expectations, saying it “would not be a catastrophe if we need a few more weeks” to reach an agreement.

The delay was an unwelcome distraction, and overshadows plans by the alliance to unveil plans to bolster its forces on its eastern flank with an eye to facing down Russia in the longer term.

NATO rushed tens of thousands of troops to eastern Europe in the wake of the invasion and members on Russia’s borders were calling for major deployments to be stationed permanently as a new defensive wall.

But beyond Russia, the alliance will also update its “strategic concept” for the first time in a decade.

Crucially, it is not only expected to toughen its stance towards Russia but also mention the challenges posed by China for the first time.