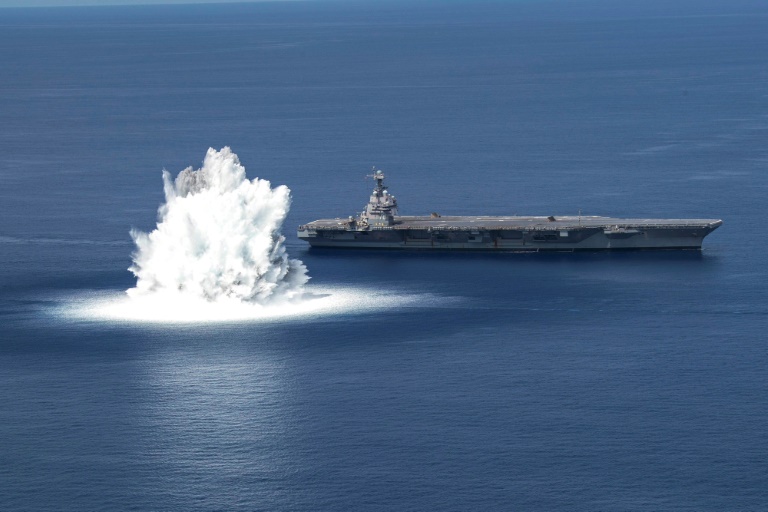 The US Navy has started a series of tests on its newest and most advanced aircraft carrier by detonating powerful explosions to determine whether the ship is ready for war.

The first of the tests, which are known as Full Ship Shock Trials, occurred Friday when the Navy set off a giant explosive event near the USS Gerald R. Ford, according to a statement.

Images and video footage showed an enormous burst of water shoot from the ocean as a result of what US media called a 40,000-pound (18,144-kilogram) explosion.

The US Geological Survey said the explosion, which occurred in the Atlantic Ocean off the Florida coast, registered as a 3.9 magnitude earthquake.

The Navy “conducts shock trials of new ship designs using live explosives to confirm that our warships can continue to meet demanding mission requirements under harsh conditions they might encounter in battle,” it said in the statement.

After the trials, the warship will undergo maintenance and repairs.

The tests are being conducted “within a narrow schedule that complies with environmental mitigation requirements, respecting known migration patterns of marine life in the test area,” the Navy added.

In this article:Ship shock trials, Us navy