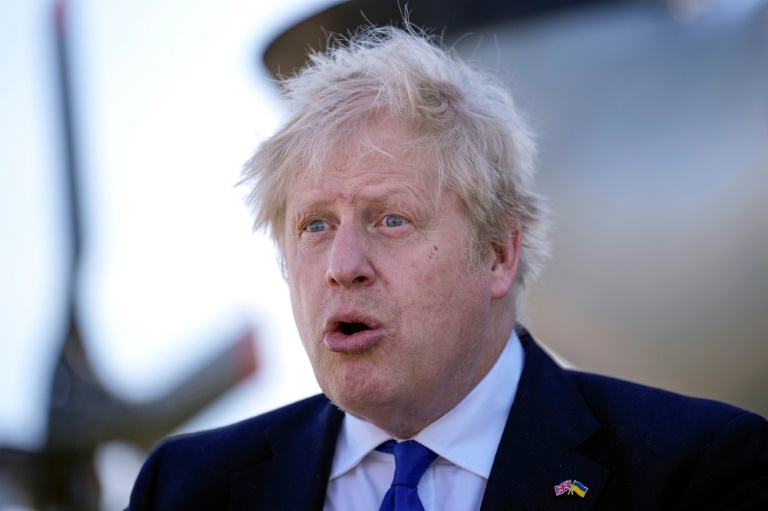 British Prime Minister Boris Johnson will face angry lawmakers on Tuesday for the first time since being fined for breaking his own coronavirus laws by attending a party at his Downing Street office.

The embattled Johnson last week became the first modern British leader to be fined for breaking the law, after police ruled he had breached lockdown curbs in 2020.

But he has weathered the initial storm and has doggedly defied calls to resign.

He can nonetheless expect a bruising few days now the House of Commons is returning from its Easter break, with MPs demanding to know why he repeatedly insisted to them that no rules had been broken.

Knowingly misleading parliament is a breach of government ministers’ code of conduct, which states they should resign as a result — and opposition lawmakers are adamant he should go.

However, Johnson, 57, is digging in, despite the possibility that he could face further penalties as police continue to investigate numerous rule-breaching events.

He will reportedly try to sideline the controversy with a “business as usual” mantra this week, which includes a two-day visit to India starting on Thursday.

“The prime minister will have his say… and will outline his version of events and face questions from MPs,” government minister Greg Hands told Sky News on Monday.

“(He) is getting on with the job, he’s delivered, and the government has delivered in anything from the vaccination programme through (to) the strong support for Ukraine.”

London’s Metropolitan Police is investigating dozens of alleged lockdown breaches by Johnson and his staff in the Downing Street complex where he lives and works.

It said last week officers had so far issued more than 50 fines.

The scandal, the latest in a stream of controversies to hit Johnson since last year, left his position hanging by a thread and MPs from his Conservative Party in a dangerously rebellious mood.

But he boosted his survival chances with what is seen as a firm response to the war in Ukraine, which diverted attention away from the furore when he was most vulnerable.

Several Conservative lawmakers who had publicly withdrawn their support for his leadership have reversed course and argued now is not the time for a change of Tory leader.

A growing cost-of-living crisis is also credited with distracting people from the scandal, while Johnson has made several big policy announcements aimed at his pro-Brexit political base.

They include controversial plans to send migrants and asylum seekers who cross the Channel thousands of miles away to Rwanda.

However, commentators doubt he can maintain his party’s support if he is repeatedly fined, his Tories fare poorly in local elections next month and further lurid details of parties emerge.

In an ominous sign last Wednesday, Simon Wolfson, a justice minister, resigned from the government, citing “the scale, context and nature” of the rule breaches.

Several Tories have also renewed calls for him to step down.

Johnson will bid to shore up his standing with them when he addresses a meeting of the Conservative parliamentary party on Tuesday evening, according to reports.

However, he could face the further embarrassment of lawmakers voting to refer him to a rarely convened parliament committee which would decide whether he had misled them over “partygate”.

Commons Speaker Lindsay Hoyle is said to be considering whether to allow such a vote, amid pressure from opposition parties.

“While the British public were making huge sacrifices, he was rule-breaking.”

Minister Brandon Lewis defended Johnson, telling Sky News on Tuesday that “at every point he has been clear with what he believes to be the truth”.

“What he also accepts is that the police have looked into this particular issue and taken a view that a fine should be issued. He accepts that, he has paid that fine, he has apologised for that.”

One national survey showed around two-thirds of people spoke negatively about him, compared to just 16 percent positively, with the word “liar” the most commonly shared response.

“Fury has not receded. Many negative comments are by people who liked him previously but have now changed their minds.”