Digital Journal — If there were any theme worth highlighting this past week on DigitalJournal.com, it was the abundance of news coming from all corners of the world. Of course, there’s the usual American and Canadian affairs reported on regularly, but this week saw an unusually high amount of overseas stories pepper the site.

In world news, early this week kylalynn introduced us to Japan’s new concern over its increasing senior boom, with elderly folks projected to account for 40.5 per cent of the population by 2055. An aging nation is worried about potential labour shortages and pension problems in the future, which are issues that will likely affect other countries with a bevy of baby boomers. Canada, are you listening?

In even stranger news from Asia, momentsintime reported on a South Korean millionaire who placed an ad for a possible suitor for his single daughter. The son-in-law would carry on a business worth $107 million (US). Let’s just say I’m not surprised the father received 200 applications within four days. (Too bad I don’t speak Korean).

Sticking with weird Asian news, Japan is the first country to try out Pepsi’s new flavour, Ice Cucumber, according to Brandigal. Nothing says “Quench my thirst, beverage!” like the nondescript taste of a cucumber. Would North America clamour for this quirky drink or would it be the laughing stock of the grocery store?

On a more serious note, intriguing world news included franklin writing on endangered Nepalese elephants suffering from tuberculosis; MDee posted an investigative piece on 700 Indian tea workers dying from malnutrition (I’ve never look at Tetley the same); unusualsuspect kept us posted on Mount Kilimanjaro’s melting snow and the controversy over it being a “poster child” for climate change, which Scientist magazine refutes; and permafrog enlightened us to an indie documentary on displaced children in war-torn Uganda. Kudos to permafrog for also posting a powerful clip from the doc.

And most recently, Bocephalus was on top of breaking news surrounding the state of emergency declared in the Palestinian territories. Detailing reactions from U.S. authorities, the article gave us a good synopsis of a story that should crown front pages for days to come.

One of the more buried stories in the mainstream media came to light on DigitalJournal.com courtesy of cgull: With a headline like Huge Ocean Discovered Inside Earth, how could anyone resist reading what this phenomenon means? cgull taught us about a vast water reservoir discovered underneath the planet’s deep mantle near eastern Asia. This post sparked an interesting conversation on how humans would take advantage of this “ocean.”

Continuing with science news, momentsintime reported on an unusual animal byproduct sought by nefarious poachers: bear bile. Australian and Canadian custom officials have introduced a detection kit to curb the illegal trade, which has increased due to Asian medical shops using the bear bile in various concoctions. Mmm, yummy.

Health news also got a lot of pixel-play this week: Planet Janet wrote about the healing effects of yoga, especially for back-pain sufferers; permafrog kept us posted on organic products that may not be chemical free, despite advertising claims; Consolecharlie reported on the bold idea of treating pedophiles with libido-suppressing drugs; and MDee praised the medicinal advantages of garlic, known to lower cholesterol and fight bacteria. Bad breath is only a minor side effect of chewing on the vegetable, although single guys and gals might think differently.

Making a sharp turn to consumer and business news, Wanderlaugh brought attention to a unique website called the Ripoff Report. As a database for consumer complaints, the site includes a list of popular scams, an index of U.S. companies and articles on work-related issues. Definitely worth a visit for anyone concerned about who’s ripping off whom.

Quick, what do you think of when you hear the word “McJob”? Does “low-paying job with little room for advancement” come to mind? That’s the definition in the Oxford dictionary, but McDonald’s is urging the respected institution to change the meaning of McJob to “a job that is stimulating, rewarding … and offers skills that last a lifetime,” as cgull reports. Riiight. Tell that to the 18-year-old burger-slinger making minimum wage and praying his hands get burned in the fryer so he can stay home on disability.

In the media biz, GotTheScoop let us know about the network TV wars reaching a fever pitch in light of Dan Rather stating that CBS has “dumbed down the news, tarting it up.” CBS CEO Leslie Moonves defended his decision to hire Katie Couric as evening news anchor by calling Rather’s remark “sexist” and saying he had full confidence in Couric’s abilities. GTS speculated that Rather was chewing on some sour grapes because he left CBS in 2005 and “is no doubt secretly pleased that his replacement is floundering” in the ratings.

Tech news attracted attention this week, as well: Ringwraith wondered about Google’s privacy policies; Planet Janet reported on Apple bringing their Safari OS to Windows (are Gates and Jobs getting chummy?); unusualsuspect alerted us to a camera attached to billboard that record how many people are looking at an advertisement; and cgull (always digging up the top tech news) found a Mashable story on young Web entrepreneurs and their impact on new media (Where was boss Hogg?).

Whether he knew it or not, Wanderlaugh posted an informative follow-up to my piece on organized crime stealing identities online with his article on FBI warning users about “zombie” PCs. These attacks through email attachments use malicious code to hijack computers to enact various online crimes. Wanderlaugh also included some useful tips in his post, so it’s worth a read if you’ve ever been worried by more than spam floods.

But maybe you’re worried about who’s doing what in the land o’ glitz and glamour. Entertainment articles dotted the site but one critical analysis stood out for its strong opinion and writing quality. Joe’sdafilmman penned an intriguing piece on “celebrities behaving badly,” profiling the wild actions of Lindsay Lohan and Paris Hilton with tongue firmly planted in cheek. The story also included a mention of 1950s-era actress Barbara Payton, who provides a cautionary tale for celebs willingly spinning out of control.

Other entertainment news dished out a nice variety of subject matter: jaguar must be a big fan of The Price Is Right because she asked Who Will Be Bob Barker’s Replacement?; if you’re jonesing to see the comic-book hero the Silver Surfer in the new Fantastic Four flick, Squidny‘s impressive overview of this superhero’s origins is an ideal preview; and GotTheScoop provoked an animated discussion on the ethics behind a two-year-old baby cussing in Will Ferrell’s popular short film. Who knew something so funny could also be so contentious? 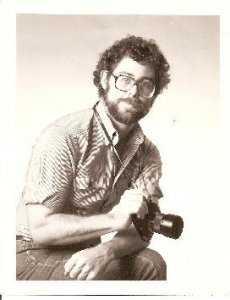 Then there were articles too difficult to categorize but definitely deserved a second mention. First among those is lensman67‘s reflection on his youth during the 1960s, complete with evocative images from the Summer of Love. Picasso was a big fan of the piece, commenting excitedly, “Kinda nice to step back and remember those days.”

Guess who dropped the “gay bomb?” Well, not the Pentagon, who considered the idea of a chemical dispersal of aphrodisiacs that would turn enemy combatants into homosexuals (and thus be so enamoured by Elton John and day-long parades they ignore military duties). Planet Janet brought us the story about the military project that was never developed, along with a comment from ajzeller1979 summing up everyone’s thoughts: Our government is freakin’ hilarious!And now the moment you’ve all been waiting for — the much-anticipated weekly TopFinds Awards.

We begin with a valuable piece rife with insight, impacting photos and intelligent discussion. Winning the TopOpEd Award is Amaranth for her post depicting a gruesome side of the war in Iraq (Warning: not for weak stomachs). Embedding graphic photos taken by her husband, Amaranth gave us a naked look into how the war overseas has torn apart soldiers, literally. ggohomelaker said it best: I believe it is so very important to get the perspective of conflict from those who are actually involved in it.Special mention goes to momentsintime for her video editorial, an original montage of images set to music that says volumes about the news media today. Congrats on the great editing and music syncing, moments, and let’s hope this encourages other users to create original videos when words just won’t cut it. 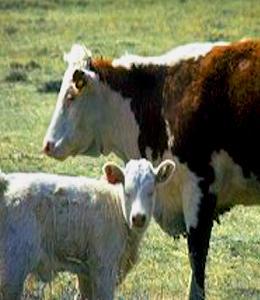 Every week, we tend to honour a rookie Digital Journalist who has brought solid writing skills and a range of story subjects to our attention. Taking home the trophy for New DJ User of the Week is hayleybrierleyroberts, a freelance writer from England dedicated to giving us noteworthy journalism: she’s posted on a new book about Princess Diana; she’s alerted us to a hike in dairy prices in Europe after a supply of surplus milk ran out; and she penned a thoughtful op-ed on the failings of the UK justice system. Welcome to the DJ community, hayley, and we appreciate your contributions to our news site.

It’s not every month we have a repeat winner of a TopFinds award. So it’s with great honour we present the TopJournalism Award, once again, to Bart B. Van Bockstaele for his exhaustive examination of the drug melatonin. First detailing the hormone’s role in the human sleep-wake cycle, Bart moved on to investigate its therapeutic claims, even including a meticulous list of side effects (who needs doctors when we got Bart?). The conclusion? “Melatonin seems safe for short term use. Long term safety has not been established,” the author wrote. Since several DJ members have taken melatonin to assist with sleep, this post isn’t merely a single-minded endeavour; Bart is truly giving people useful information that affects their lives, much like any professional journalist who succeeds in shedding light on overlooked topics.

Finally, we present a first for TopFinds — the TopFive TopHeadline Award, where we list the best headlines that had us chuckling way too loud by ourselves. In no particular order, the funniest headlines this week were:
– Phone condoms keep your loved one protected (by patxxoo)
– Hillary Clinton Looks for Her Jock (by rob13)
– Hello Mrs. Poopypants (by Leah)
– Lindsay Lohan: Add verb, and someone will pay to publish. Is this news? (by Wanderlaugh)
– Man Set Ablaze from Cellphone: One Hot Conversation (by MDee)

And so ends another entertaining and brain-nourishing week at DigitalJournal.com. We encourage you to check out the video (at the top) and weigh in on the scientific debate — do you think the venerable field is going down the tubes?