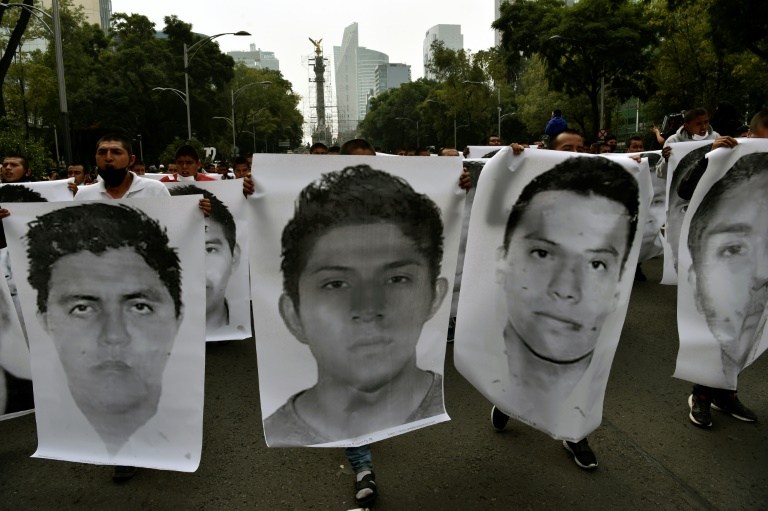 Forensic experts have identified the remains of a third Mexican student from among the 43 whose murky disappearance in 2014 shocked the country, prosecutors said Tuesday.

Investigators sent bone fragments found in the southern state of Guerrero, where the teaching students went missing, to Austria for genetic analysis by the University of Innsbruck.

A set of remains was identified as those of Jhosivani Guerrero de la Cruz, said Omar Gomez, head of a special investigation unit dealing with the case.

The university’s experts have already identified the remains of two other students, Christian Alfonso Rodriguez Telumbre and Alexander Mora Venancio.

The students had commandeered five buses to travel to a demonstration, but were stopped by corrupt police in the city of Iguala and handed over to a drug cartel.

Prosecutors initially said the cartel mistook the students for members of a rival gang and killed them before incinerating their bodies at a garbage dump and dumping the remains in a ravine.

But an official report presented in January 2015 by the government of then president Enrique Pena Nieto was rejected by relatives as well as independent experts from the Inter-American Commission on Human Rights.

President Andres Manuel Lopez Obrador has vowed to establish the “whole truth” behind the mass disappearance, which drew international condemnation.