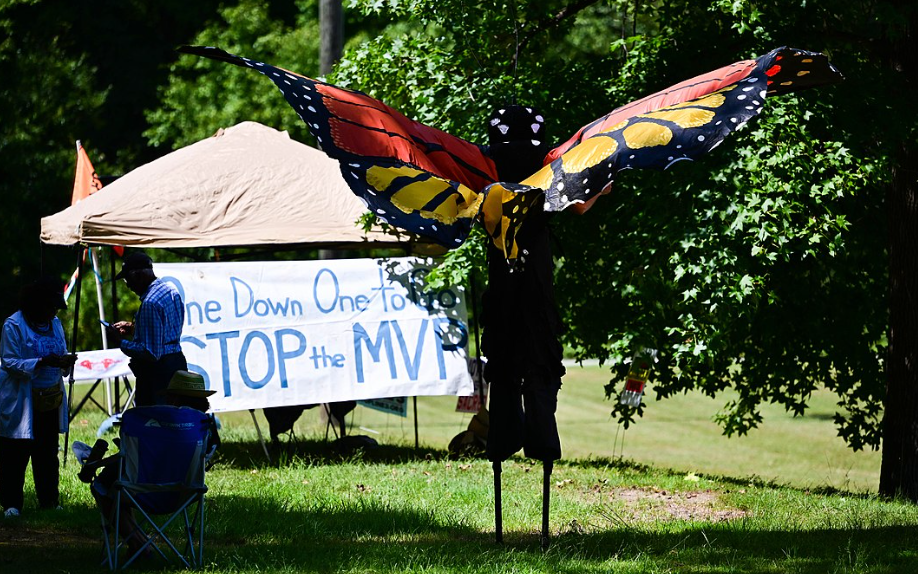 Senator Joe Manchin III of West Virginia has secured a promise from Democratic leaders and the White House to complete a highly contested 304-mile gas pipeline in his state.

Interestingly, Senate Majority Leader Chuck Schumer (D-N.Y.) failed to mention the side agreement he made with Manchin when he explained the whole deal during a special caucus meeting.

He only said the compromise deal will raise $739 billion in new tax revenue, fund an array of new climate provisions and pay down $300 billion of the federal deficit, according to The Hill.

On Monday, Manchin’s office made public details of the side agreement he struck with Senator Chuck Schumer of New York, the Democratic majority leader, House Speaker Nancy Pelosi, and President Biden.

Manchin, the chairman of the Senate Energy and Natural Resources Committee, delivered the update as senators prepared for a final week of action on Capitol Hill before its August recess.

Manchin’s office says it will be voted on by the end of the fiscal year, which is Sept. 30, 2022. It also notes that the Mountain Valley Pipeline is already 94 percent complete and will, “[unlock] 2 billion cubic feet of natural gas per day.”

Manchin’s team says $1.2 billion will be used in additional investment to complete the project, and it will take an estimated four to five months to complete. Close to 2,500 construction-related jobs will be used, and $40 million will be seen annually in new tax revenue for West Virginia, along with $200 to $250 million more per year in royalties for WV landowners.

Specifically, the court vacated the record of decisions of the U.S. Forest Service and the Bureau of Land Management allowing the pipe to cross about 3.5-miles (5.6-kilometers) through the Jefferson National Forest.

Mountain Valley is one of several U.S. pipelines delayed by regulatory and legal fights with environmental and local groups that found problems with federal permits issued during President Donald Trump’s administration.

In this article:easing permits for energy projects, joe manchin, Mountain Valley pipeline, side deal with Schumer