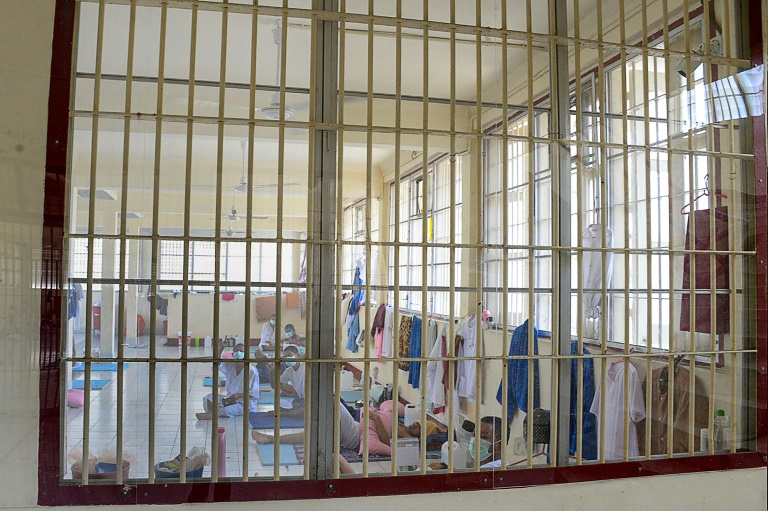 Thailand reported a new daily high of nearly 10,000 coronavirus cases on Monday, more than two-thirds of them in prisons, as the kingdom battles its third wave of the pandemic.

Nearly half of 24,000 inmates tested at eight prisons, mainly in Bangkok and its suburbs, including several where prominent democracy activists have been detained, were found to have the virus.

Until last month, the kingdom had kept coronavirus infections low, through draconian restrictions on people entering the country and swift action to isolate confirmed cases.

But now it is struggling to contain a third wave that began in a Bangkok nightlife district and has seen total infections soar from around 30,000 in late March to over 111,000 on Monday.

The high infection rates in prisons came to light last week when an activist at the forefront of Thailand’s democracy movement announced she had tested positive five days after being released from a Bangkok jail on bail.

The Corrections Department has said it plans to test all of the country’s prisoners — more than 310,000 detainees held in 143 jails around the country.

Justice Minister Somsak Thepsuthin said he may have to consider special probation for inmates if the prison clusters are not brought under control.