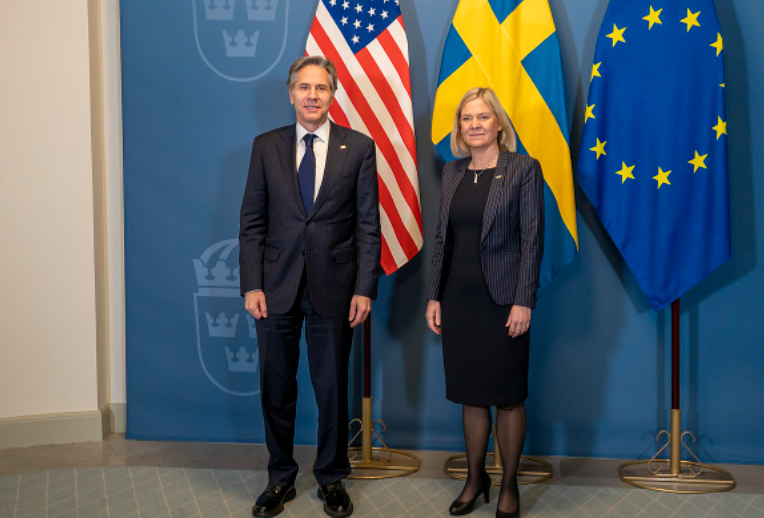 After 200 years of neutrality, Sweden’s Prime Minister Magdalena Andersson, in a historic move, announced on Monday it too, will seek membership in NATO. Sweden’s move came after neighboring Finland announced Sunday that it would seek to join the 30-country alliance.

The move comes about after Sweden’s governing Social Democrats dropped their 73-year opposition to joining NATO on Sunday, according to Reuters. Abandoning military non-alignment that has been a central tenet of Swedish national identity for almost two centuries/

The two Nordic nations seeking NATO membership raises the pressure on Vladimir V. Putin, who justified his invasion of Ukraine by what he claimed as the need to keep the military alliance away from Russia’s borders.

As the Associated Press is reporting, public opinion in both countries was firmly against joining NATO before the Russian invasion of Ukraine on February 24, However, that incident changed people’s minds.

“President Putin wants Ukraine defeated, NATO down, North America and Europe divided,” the NATO secretary-general, Jens Stoltenberg, said in Berlin after meeting the foreign ministers of the alliance’s members. “But Ukraine stands, NATO is stronger than ever, Europe and North America are solidly united.”

Finland’s Parliament is expected to ratify a NATO application on Monday, reports the New York Times. Prime Minister Anderrson told reporters that Sweden’s application could be handed in on Monday, Tuesday, or Wednesday and would be synchronized with Finland.

There is still one little obstacle that might throw the proverbial wrench into the application process. And if is Turkey.

In this article:200 tears of neutrality, Finland, NATO membership, Russian invasion of Ukraine, Sweden to apply, Turkey against membership in NATO