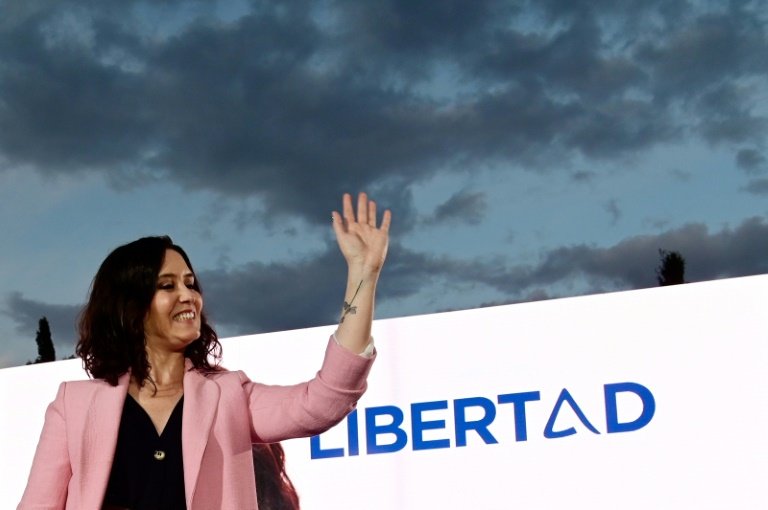 The 42-year-old rising star in the PP argues keeping the economy afloat and preserving social interaction is also important for health.

On her watch, Madrid has had Spain’s lightest virus restrictions. It has been the only major European capital to keep bars, restaurants and theatres open with few restrictions since a nationwide lockdown ended in mid-2020.

“Having beers is important,” Diaz Ayuso Ser radio station last month. “After a bad day a beer cheers you up.” She has been campaigning under the slogan “Freedom”.

Critics however say her lax restrictions have come at too high a price.

They point out that Madrid has the highest percentage of intensive care beds occupied by Covid-19 patients in the country, at nearly 45 percent — and one of the country’s highest infection rates.

Just over 5.1 million people are eligible to vote in the election in Spain’s richest region, which has been governed by the PP since 1995.

Final opinion polls give the PP party around 40-percent support, almost double their result in the May 2019 election.

That would put them well ahead of the Socialists, whose backing in the opinion poll had dropped to 20 percent from just over 27 percent in 2019.

Depending on the scale of her victory Diaz Ayuso may yet still need the support of far-right Vox party to govern. That would not be “the end of the world”, she has said.

Leftist parties have sought to rally their voters by warning of the dangers of the PP governing with anti-immigrant Vox.

During the Socialist party final campaign rally on Sunday night, Sanchez repeated his warning that “our democracy” was at stake in the elections.

The early election was called by Diaz Ayuso in March after she broke up her ruling coalition with the centrist Ciudadanos party, which is expected to struggle to win any seats in this election.