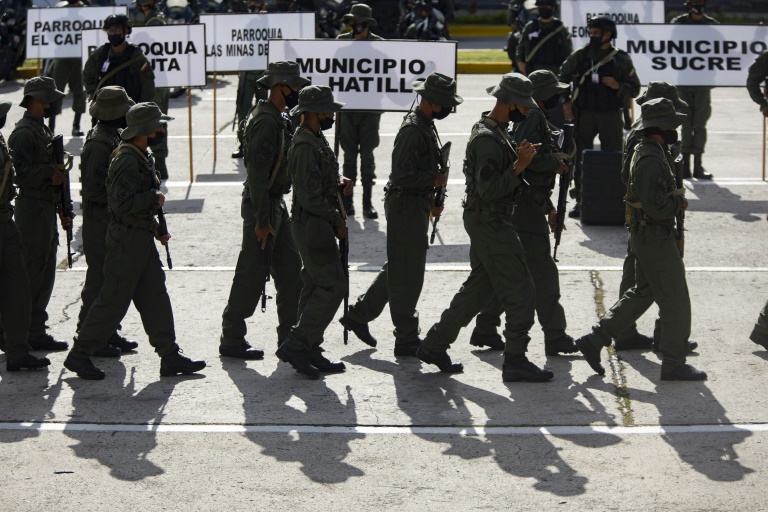 Venezuela’s opposition will contest regional elections Sunday for the first time in three years but it will do so disunited and unconvinced President Nicolas Maduro will allow the vote to be free.

The main opposition boycotted the last legislative and presidential elections over a lack of free, fair and transparent polls but agreed to take part in Sunday’s mayoral and gubernatorial vote after receiving certain assurances from the government.

For Maduro, those concessions were aimed at securing a measure of relief from the punishing US sanctions against his government, notably the state PDVSA oil company.

Maduro wants to be able to sell Venezuelan oil on the international market, especially in the United States, which used to be the country’s biggest customer.

These elections, while relatively minor, will therefore be a test to see if Venezuela is prepared to take significant steps towards democracy following opposition cries of fraud in 2018 presidential and 2020 legislative votes.

Chief amongst the government’s concessions is the return of European Union observers for the first time in 15 years.

Maduro also agreed to end the controversial protectorate system the government used to strip power from opposition governors — essentially meaning the ruling party was in control of all states.

And while he resumed Norwegian-mediated talks with the opposition in Mexico, they were suspended following the extradition of alleged money launderer and Maduro ally Alex Saab from Cape Verde to the United States.

Maduro also railed against the US State Department earlier this week accusing it of trying to “interfere in Venezuela’s internal affairs” over a press report that the White House had said the elections would be “manipulated.”

These elections are seen as a trial for future election integrity and to see whether the Maduro regime is prepared to allow democracy to run its course, something the opposition says he has not done since the bruising defeat his United Socialist party suffered in the 2015 parliamentary poll.

Yet even if Sunday turns out to be free and fair, and despite the main opposition Democratic Unity Roundtable (MUD) coalition being cleared to participate following a three-year ban by the National Electoral Council (CNE,) problems remain for the opposition.

Although the MUD has agreed to run, it still insisted the elections “won’t be fair or conventional” due to “serious obstacles” placed by the government.

There is also a lack of unity amongst opposition ranks.

Opposition leader Juan Guaido has not spoken openly in support or against participation.

Last month a former presidential candidate, Henrique Capriles, blasted the “deadly” divisions in the opposition and urged the various factions to settle their differences and support the best-placed candidates.

A united opposition had defeated the government in 2015, he pointed out.

But that call has fallen mostly on deaf ears.

One exception is in Miranda state where last week Carlos Ocariz pulled out of the governor’s race and left David Uzcategui — with whom he has had a long-running feud — as the only opposition candidate.