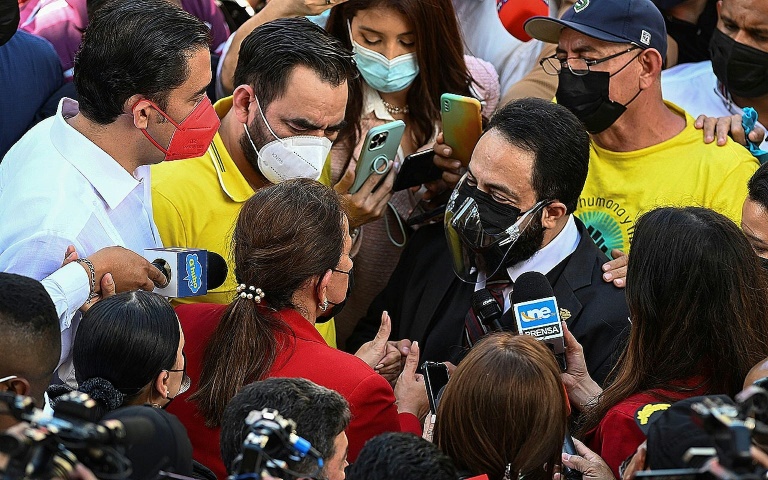 As the 128-member Congress on Friday opened its first session since being elected in November, MPs came to blows in the Congress chamber, physically confronting one another in a dispute over who should lead the body for its four-year term.

Members of Castro’s leftist Libre party put forward the name of Jorge Calix, one of their cohorts, but Castro loyalists claimed this violated a pact with Libre’s coalition partner.

Nineteen dissident lawmakers were expelled from the party after Friday’s rebellion, as the US embassy in Tegucigalpa called on Twitter for “political actors to remain calm, engage in dialogue, refrain from provocative rhetoric and violence, and urge their supporters to express themselves peacefully while respecting the rule of law.”

Calix has been branded a “traitor” by Castro and a majority of Libre’s 50 lawmakers, who on Sunday named Luis Redondo of Libre’s coalition partner, the Savior Party of Honduras (PSH), as Congress president at a ceremony in the Congress building.

Separately, Libre dissident members with backing of rightwing parties named Calix at a separate event held at a private venue.

Both groups claimed they had a majority of votes.

Castro recognized Redondo as Congress president in a tweet Sunday, and invited him to her swearing-in ceremony on Thursday. US Vice President Kamala Harris is among the international guests due to attend.

But analyst Eugenio Sosa of the National University told AFP the crisis could result in Castro not being sworn in.

“There is a danger of a new coup d’etat,” he said.

Calix promised Sunday to work for Castro’s program, in spite of her rejection of his nomination.

She accuses the dissidents of siding with the outgoing PN to undermine her promised anti-corruption campaign.

She won as part of an alliance between Libre and the PSH, to which the presidency of Congress was promised.

Hundreds of Libre supporters, called by Castro, gathered outside Congress overnight in a protest against the dissidents’ actions.

In this article:Congress, honduras, Politics