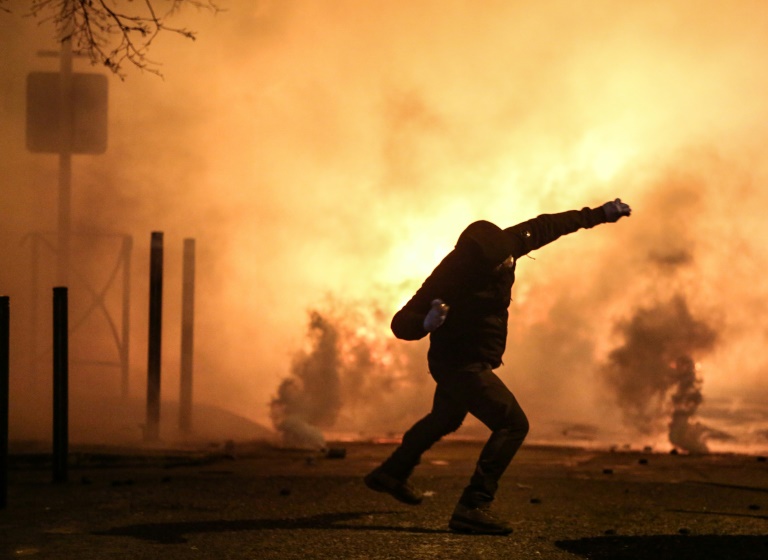 The French government called for calm on Monday after fierce clashes left dozens of demonstrators and police injured on the island of Corsica, where anger over the assault in prison of a nationalist figure has reached boiling point.

“The overnight scenes were extremely violent,” the chief prosecutor in the north Corsican town of Bastia, Arnaud Viornery, told AFP.

Police had to deal with a “quasi-insurrectional” situation, according to a statement by their union, SG Police.

Yvan Colonna is serving a life sentence for the assassination in 1998 of the top state official in Corsica, Claude Erignac.

He has been in a coma since being beaten on March 2 in jail by a fellow detainee, a convicted jihadist.

The incident stoked anger on the island, where some see Colonna as a hero in a fight for independence from France.

He was arrested in 2003 after a five-year manhunt that eventually found him living as a shepherd in the Corsican mountains.

Demonstrations and riots have been ongoing since the prison attack, which protesters blame on the French government.

“French government murderers”, read placards at Sunday’s demonstrations. An estimated crowd of between 7,000 and 12,000 people took to the streets.

Colonna was jailed in the south of France. He is classed as a special status detainee which prevents him from being transferred to a Corsican jail.

In response to the unrest, Prime Minister Jean Castex has removed this status for Colonna and two other convicts, but this has failed to placate their supporters.

Clashes broke out in the afternoon and lasted late into the evening.

Police ordered people to stay indoors in Bastia where protesters set the tax office on fire with incendiary devices and damaged the inside of the main post office.

On Monday, Bastia was calm, with no visible damage done to shops, according to AFP reporters.

Corsica, the birthplace of Napoleon Bonaparte and one of the Mediterranean’s largest islands, has been French since the 18th Century.

It is known as the “Island of Beauty” for its unspoiled coastlines, spectacular beaches and mild climate, which have made tourism its main source of income.

But there have also been constant tensions between independence-seeking nationalists and the central government as well as murders between the island’s political factions.

“There is an expression of anger and indignation,” Gilles Simeoni, Colonna’s former lawyer and a pro-independence politician, said on Sunday.

“The entire Corsican people has been mobilised to protest against injustice and in favour of truth and a real political solution.”

One demonstrator at Sunday’s protest, Antoine Negretti, said, “Any violence will be the fault of the French government.”

Seven years of negotiations had yielded no result, the 29-year-old said. “But things have changed thanks to seven days of violence. Violence is necessary.”

French Interior Minister Gerald Darmanin said on Monday he will travel to Corsica on Wednesday for a two-day visit, seeking to “open a cycle of discussions” with all political forces on the island.

He condemned the recent violence and called “for an immediate return to calm”.

An Ifop poll published Sunday in the local Corse-Matin newspaper found that 53 percent of those questioned favoured a degree of autonomy for Corsica, with 35 percent favouring the island’s outright independence from France.