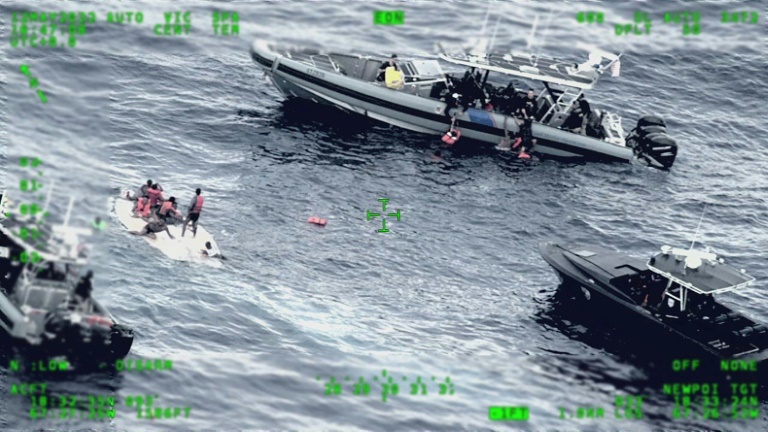 The majority of migrants traveling in a boat that capsized off the coast of Puerto Rico were Haitians, authorities said Friday, adding that of the 11 dead, all were women.

A total of 38 survivors have been found and rescuers continue to search where the accident occurred, about 10 nautical miles (19 kilometers) north of Desecheo Island, an uninhabited US territory between Puerto Rico and the Dominican Republic.

The survivors were “36 Haitian and 2 Dominican Republic nationals, of which eight remain hospitalized,” the US Coast Guard said on Twitter Friday.

Haitian Prime Minister Ariel Henry tweeted his condolences to the families of the dead, who he said were Haitians.

“The news of the sinking of a boat off the coast of Puerto Rico which caused the death of 11 of our compatriots deeply upsets me,” he said.

Of the dead were all were women, and autopsies will be performed on them, according to the Puerto Rico Forensic Science Institute.

A Customs and Border Patrol helicopter first spotted the boat and  people in the water who appeared not to be wearing life jackets around midday on Thursday.

Several days prior, a Haitian woman died in the area after her boat carrying 69 migrants capsized. The other passengers were rescued by the US Coast Guard and the Dominican Navy.

In March, hundreds of Haitian arrived by boat in Florida. And more than 100 were intercepted by the coast guard near the Bahamas.

Haiti, the poorest country in the Americas, is facing an acute political, economic and security crisis.

In this article:Accident, Haiti, Migration, puertorico, US