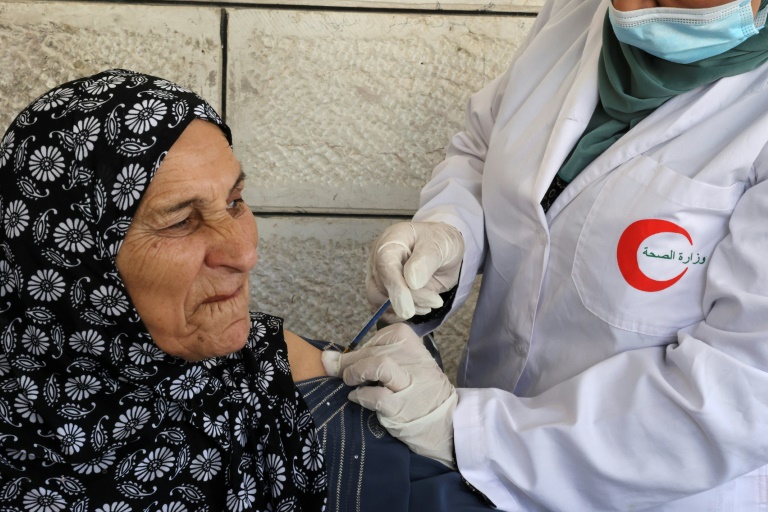 The Palestinian Authority said Friday it cancelled a swap deal that would have seen Israel provide it with one million Covid-19 jabs, as the doses were “about to expire”.

Israeli officials earlier Friday had announced the deal, saying the Jewish state was to provide the doses to the Palestinian Authority as their expiry date loomed.

The PA, based in the occupied West Bank, had confirmed the delivery “in the coming days” of a million vaccine doses, without mentioning an agreement with the Jewish state.

The Palestinian health ministry had said in a statement that Pfizer was behind an initiative to “accelerate the vaccination campaign”.

But PA spokesman Ibrahim Melhem said later Friday that an initial delivery of some 90,000 Pfizer doses failed to conform “to the specifications contained in the agreement, and accordingly prime minister Mohammad Shtayyeh instructed the minister of health to cancel the agreement”.

“The government refuses to receive vaccines that are about to expire,” he added, in a statement carried by the official WAFA news agency.

Israeli Prime Minister Naftali Bennett’s office had said earlier that “Israel has signed an agreement with the Palestinian Authority, and will supply approximately one million doses of Pfizer vaccine that are about to expire”, without specifying the use-by date.

“Israel will receive the same amount of doses of Pfizer in September/October 2021, on behalf of what is destined for the Palestinian Authority,” the Israeli statement read.

Melhem said the PA would instead wait for the vaccines it had ordered from Pfizer to arrive directly.

He did not specify the expiry date of the vaccines Israel had supplied.

Neither the Israeli health ministry nor COGAT, the Israeli military body that administers civilian affairs in the occupied Palestinian territories, responded to AFP requests for comment.

Israel launched a sweeping vaccination campaign after obtaining millions of doses of the Pfizer-BioNTech vaccine.

More than 55 percent of Israel’s population — some 5.1 million people — have received both doses of the vaccine.

Earlier Friday, Israel’s new Health Minister Nitzan Horowitz had said on Twitter that the “coronavirus knows no borders and does not differentiate between people”.

“This important exchange of vaccines is in the interest of each party,” he said, adding he hoped for “cooperation between Israel and its Palestinian neighbours in other areas”.

Horowitz did not reply to a request for comment later Friday.

The developments come amid high tensions between the Jewish state and the Palestinians, with violations of a fragile ceasefire between Israel and Gaza’s rulers Hamas.

The truce went into effect on May 21, ending 11 days of heavy fighting.

Late Thursday, Israeli fighter jets carried out air strikes on Gaza for a second time since the ceasefire.

The military said they were in retaliation for three days of incendiary balloons launched from the Palestinian enclave.