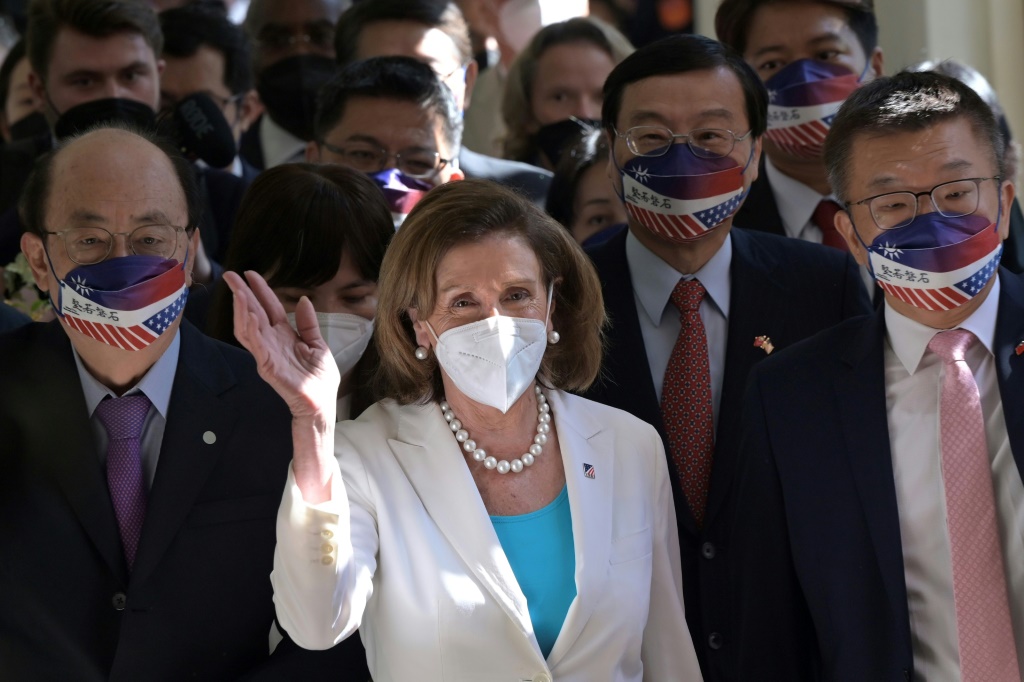 It’s an unusual choir of disapproval. Russia, China, and News Corp are all using the same terminology regarding US House Speaker Pelosi’s long-advertised visit to Taiwan. Interestingly, the World Socialist Web Site is saying exactly the same thing.

China has been making a lot of military noises, including fighters in Taiwanese airspace and live fire exercises. The global headlines are full of China’s outrage. After years of much friction over the South China Sea, much of this current racket in the media is simply more of the same rhetoric.

Matter of interest – When did News International become an outlet for The Global Times? Or is News echoing dictators now just by sheer force of habit? It’d be interesting to find out what Murdoch’s news empire actually does stand for; it doesn’t seem to know.

Let’s not underestimate the depth of feeling, though, or the significance of backstage realities. Taiwan really is China’s red rag. A lot of talk, money, and massive military expansion back up this utterly pointless, dangerous, situation.

This ISN’T Ukraine 2.0, and it’s not just about territory. The inner workings of the China/Taiwan relationship include business issues and much wider global ramifications. Taiwan is the world’s largest computer chip maker, for example. That makes it extremely valuable to the world. The world may not be too crazy about China dominating the market.

The fracas over the South China Sea isn’t all talk, either. It’s one of the world’s major shipping lanes, connecting Japan and South Korea to their southern and western markets. Economic strategy thus has a lot to do with the various issues between China and the US.

A military confrontation with the US over Taiwan does have some World War 2-like similarities. Economics were the main reason for Japan entering the war and joining the dots to make that war truly global. Ukraine and Taiwan as simultaneous conflicts could look pretty similar. Disruption to global trade would be huge and perhaps last for years.

China’s various moves in the western Pacific are also under scrutiny for military reasons. What if China does set up external bases around the Pacific? There’s any amount of wisdom online, sane and otherwise, on that subject.

Is the visit of the Speaker of the House enough to start a war? There’s no rational reason why it would be. Rational behavior, however, isn’t all that common these days.

Can China simply talk itself into military action? Maybe, and that needs to be taken seriously. A lot of talk has now accumulated. China, like Russia, has reduced its options simply by taking these highly aggressive positions on Taiwan. If the options are war or no war, your choices are very limited.

The fact that Russia is echoing China isn’t all that encouraging, either. Russia’s endless bad calls in recent months have usually presaged some sort of mess, current or future. A coordinated response on Taiwan doesn’t mean much of itself, but it does indicate Russia’s position and may ramp up other military issues.

Sound familiar? This is the logic of a lot of current DIY disasters. There was never any rational reason for the Ukraine war either. For example – NATO was originally a purely defensive organization against the USSR. The USSR no longer exists. Member states can’t be told to attack anyone. NATO expansion was never anything but a simplistic, and totally bogus, excuse. The other rubbish is equally dishonest and self-serving, backed up by attempted nuclear blackmail. This game of Russian roulette has only one participant.

This Taiwan situation is equally irrational, in many identical ways, and equally futile, with no possibility of a positive outcome. It’s therefore not entirely out of the question that an equally insane series of events could happen. China, like Russia, has a lot to lose in any actual conflict. Failure to win would be disastrous, with no comeback but escalation, also likely to fail.

In both cases, China and Russia can be seen as making moves which can easily result in both serious conflict and economic meltdowns. There are very few possible benefits and huge risks.

…But therefore it’s possible in this lunatic’s theme park the world has become.

Be careful what you wish for. You might have to live with it.