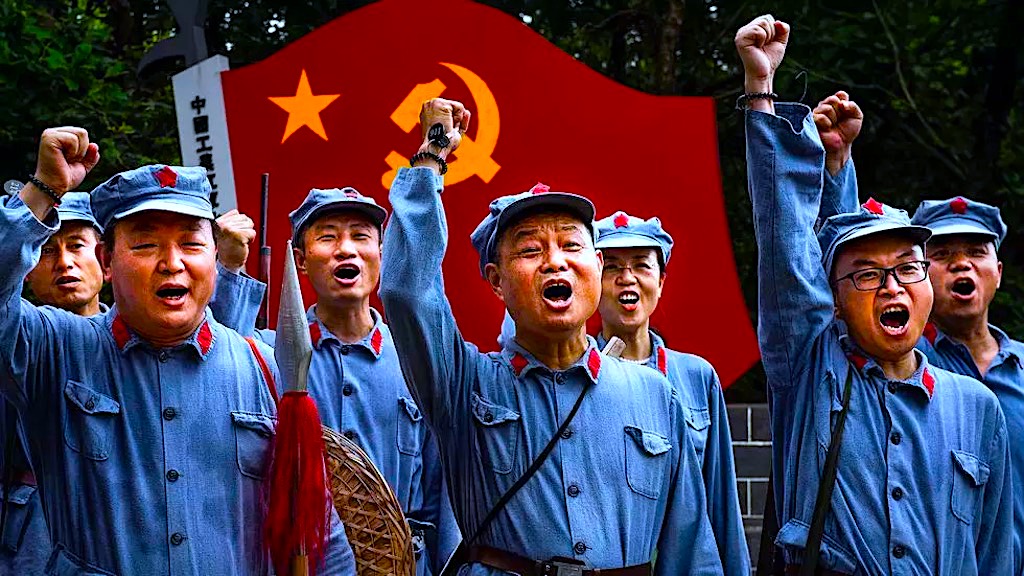 China’s recent threats of a nuclear strike against Japan are symptomatic of out-of-control rhetoric more than anything else. Every issue turns into a hysterical response against some imaginary threat against China. It’s getting monotonous, and it could also be dangerous.

Like one of the Global Times’ less inspired bits of babble, the Chinese Communist Party put quite a lot of effort into its verbal assault on Japan. The subject was Taiwan, as usual, after comments by Japanese Deputy Prime Minister Taro Aso mentioned Japanese treaty obligations to support any United States defense of Taiwan.

This purely hypothetical situation cannot possibly have been news to the Chinese government. Relations between Japan and China have been at best edgy since World War II, and haven’t improved much since. So a drum banging exercise against Japan is always good for local consumption in China.

There is a problem with this amazingly banal approach to extremely dangerous situations. Given the last few years of totally unnecessary Chinese tantrums against practically everybody, this cold war has warmed up considerably. Chinese cyber attacks are becoming remarkably unpopular worldwide. Trade sanctions and neurotic border disputes are also not helping.

When it gets dangerous is when people start responding. Japan has no reason to be surprised at Chinese threats and rhetoric of any kind, but nuclear war is a very different ball game. As the only country ever actually struck by nuclear weapons, Japan’s buttons are very easy to push on this subject.

The less obvious, but potentially fatal, problem for China is that the more situations that are created, the more risks are incurred. The cyber attacks are a case in point.

China is now officially considered and named to be the source of massive cyber attacks by nations around the world. That means that some form of retaliation, either in terms of trade, counter-attacks, or both, is becoming increasingly likely. From that point on, a cascade of international dysfunctions will arise. There is absolutely nothing good about this situation.

As a nation so deeply committed to global trade, therefore, China could not possibly be creating more serious problems, or more unnecessary serious problems, for itself. Adding nuclear threats to the mix is simply pouring oil on the fire.

What can possibly be gained by all this hostility? If you believe George Orwell’s basic tenets, having a badly defined external enemy is all you need. That seems a bit simplistic. Distracting focus from other issues, however, is equally likely, and more practical.

The fact remains that a nuclear strike on Japan would inevitably start World War III. To describe this situation even theoretically as frivolous would be to flatter it. This is downright imbecility.

There is also the rather bizarre military situation of spending that amount of money on building up China’s conventional forces, simply to wind up with a nuclear war in which conventional forces are irrelevant. The lower echelons of China’s cadres are not exactly famous for their intelligence, sensitivity, or ability to join dots. The upper echelons, however, should know better.

That bottomless pit of talentless rhetoric seems to be where this idiotic nuclear threat has come from. After all these years, in fact, centuries, why would China throw away its prosperity and all it has achieved, in the name of a bit of mindless propaganda? What possible use could it be?

In fairness, it may be that this rhetoric is so stupid and pointless that even the Chinese Communist Party doesn’t think anyone will believe it. The trouble is that this very antagonistic situation has now been going on for years. China is getting on people’s nerves, and what was OK 10 years ago is definitely not okay now. That particularly applies to the cyber attacks.

The South China Sea, the constant threats, idiotic trade sanctions, the constant clashes, “wolf warriors”, you name it; China is setting itself up for a major confrontation with just about everybody, intentionally or otherwise.

It’s just possible that China was so far out of the loop in the previous Cold War, particularly on the nuclear level, that they don’t know the basics. Mutually assured destruction, rapid deployment of countless nuclear warheads, and so forth were the basics of the previous Cold War. China wasn’t actually directly involved on that level. That’s a problem because the reflex responses of the old Cold War are likely to be the responses of the new Cold War. That means trouble.

The likely result of the Chinese nuclear strike on Japan would be one phone call followed by a massive retaliatory strike. This suicidally stupid situation is totally avoidable. Exactly why China persists in these useless fantasies is incomprehensible. The problem is that whatever results in nuclear terms will be anything but a fantasy.

This is not a game. Nobody is going to just walk away from any serious nuclear consequences. There can be no winners. The message to China has to be “Grow up or shut up”.