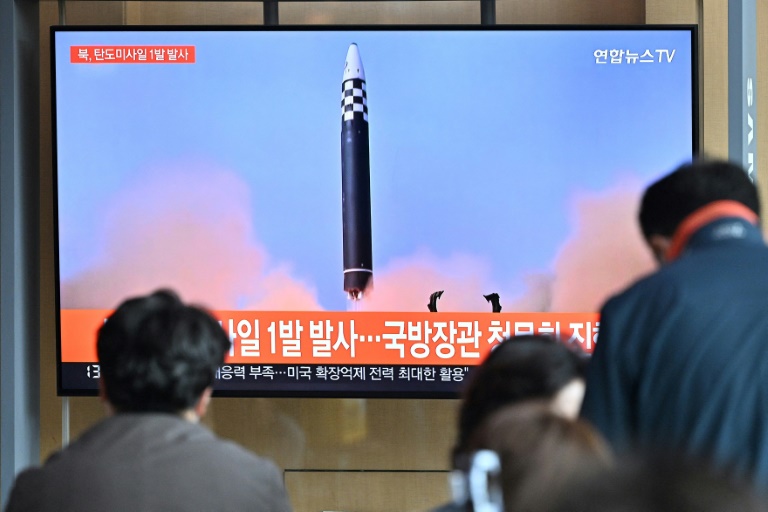 North Korea is poised to conduct a nuclear test, Seoul and Washington said Thursday, with the United States warning it could come as President Joe Biden visits South Korea this week.

Touted as proof of the US “pivot” to Asia, Biden’s first trip as president to the region looks set to be overshadowed by an increasingly belligerent North Korea bent on staging a new “provocation”.

Despite a spiralling Covid outbreak, Pyongyang’s “preparations for a nuclear test have been completed and they are only looking for the right time”, South Korean lawmaker Ha Tae-keung said after being briefed by Seoul’s spy agency.

US intelligence says there is a “genuine possibility” that Kim could stage this “provocation” after Biden arrives in Seoul late Friday, his administration said.

This could mean “further missile tests, long-range missile tests or a nuclear test, or frankly both” around the time of Biden’s trip, National Security Advisor Jake Sullivan said.

Satellite imagery indicates North Korea is preparing to conduct what would be its seventh nuclear test — which would cap a record-breaking blitz of launches this year, including intercontinental ballistic missiles.

“North Korea will want to attract global attention by conducting a nuclear test during President Biden’s visit,” Cheong Seong-chang of the Center for North Korea Studies at the Sejong Institute told AFP.

Biden, who will visit some of the nearly 30,000 US troops stationed in South Korea, is ready to make “adjustments” to the US military posture in the region, and Seoul’s hawkish new President Yoon Suk-yeol is eager for stronger ties.

Sullivan said the security situation regarding North Korea was being “closely” coordinated with South Korea and Japan and that he had also spoken about the issue with his Chinese counterpart on Wednesday.

It is likely that Kim is debating what to do, thanks to this US pressure on Beijing — Kim’s sole major ally — to help rein in Pyongyang’s nuclear and ICBM tests, Cheong said.

Kim is well aware of the gridlock at the UN Security Council after Russia’s invasion of Ukraine — so it is “highly likely” a nuke or ICBM test will come during Biden’s Asia tour, Cheong added.

Moscow would likely block any attempt at the UN to impose further sanctions on Pyongyang over a weapons test.

After Seoul, Biden heads to Japan on Sunday for talks with Tokyo’s top leaders, before joining a Quad summit — a grouping of Australia, India, Japan, and the United States.

Sullivan said Biden is bound for Asia with “the wind at our back” after successful US leadership in the Western response to President Vladimir Putin’s now almost three-month-long invasion of Ukraine.

The high military, diplomatic and economic cost imposed on Russia is seen in Washington as a cautionary tale for China, given its stated ambitions to gain control over democratic-ruled Taiwan, even if that means going to war.

But the fact he arrives in Asia under the shadow of a possible North Korean nuclear test is partly due to his “strategic neglect” of the region since he took office, said Park Won-gon, a professor at Ewha University.

Talks between Washington and Pyongyang have been stalled for years, after an extraordinary show of diplomacy between then US president Donald Trump and Kim — brokered by Yoon’s predecessor Moon Jae-in — ultimately ended in failure.

Trump held three headline-grabbing meetings with Kim and claimed that the two were “in love”, but analysts say little to no progress was made in dismantling the North’s nuclear programmes.

At a vast military parade in Pyongyang recently, Kim said he was strengthening his nuclear arsenal “at the fastest possible speed”.

“In terms of denuclearisation and US-North Korea ties, we have returned to a situation where it’s difficult to find any progress,” Park said.

“There is no way to really stop North Korea now.”

In this article:NKorea, Nuclear, skorea, US