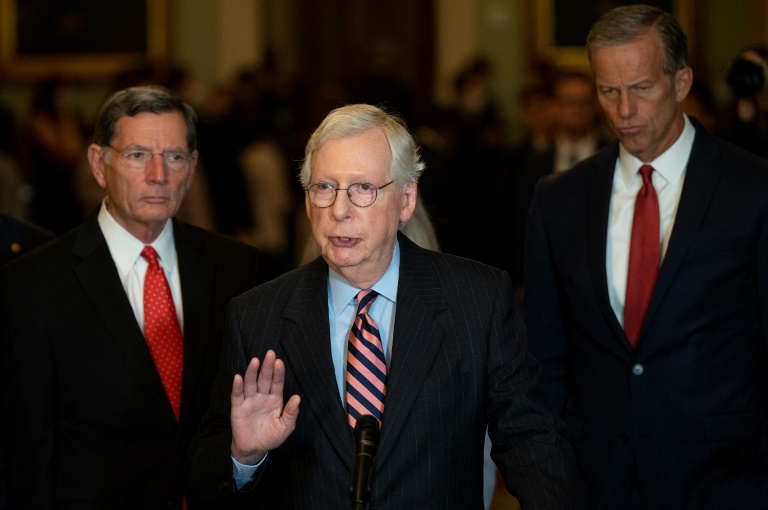 Senate Minority Leader Mitch McConnell is facing fierce criticism for comments he made this week in response to a question about the concerns of voters of color.

McConnell was asked to respond to voters of color concerned that they will be unable to vote in the midterm elections without passage of the John Lewis Voting Rights Advancement Act, according to The Guardian.

McConnell said: “Well, the concern is misplaced because if you look at the statistics, African American voters are voting in just as high a percentage as Americans. In a recent survey, 94 percent of Americans thought it was easy to vote. This is not a problem. Turn out is up.”

Needless to say, McConnell’s remarks were soon trending on Twitter, as Black Americans made it very clear they were in fact, Americans.

Booker added: “I need you to understand that this is who Mitch McConnell is. Being Black doesn’t make you less of an American, no matter what this craven man thinks.”

Pennsylvania state Rep. Malcolm Kenyatta argued that McConnell’s words were not a slip of the tongue – but a true reflection of the mindset of Republicans toward Black voters,

“Mitch McConnell’s comments suggesting African Americans aren’t fully American wasn’t a Freudian slip – it was a dog whistle. The same one he has blown for years,” Kenyatta said.

This is not the first time

However, this is not the first time McConnell has come under fire for comments pertaining to issues of race and racial discrimination in America.

In 2019, in response to the question of his stance on paying reparations to Black Americans for slavery in advance of a historic House hearing on the matter, McConnell’s comments were the most expansive ones he has made on the issue.

“I don’t think reparations for something that happened 150 years ago for whom none of us currently living are responsible is a good idea,” the Kentucky Republican told reporters.

“We’ve tried to deal with our original sin of slavery by fighting a civil war, by passing landmark civil rights legislation. We elected an African American president,” he said.

“I think we’re always a work in progress in this country but no one currently alive was responsible for that and I don’t think we should be trying to figure out how to compensate for it,” he said. “First of all, it’d be pretty hard to figure out who to compensate. We’ve had waves of immigrants as well come to the country and experience dramatic discrimination of one kind or another so no, I don’t think reparations are a good idea.”