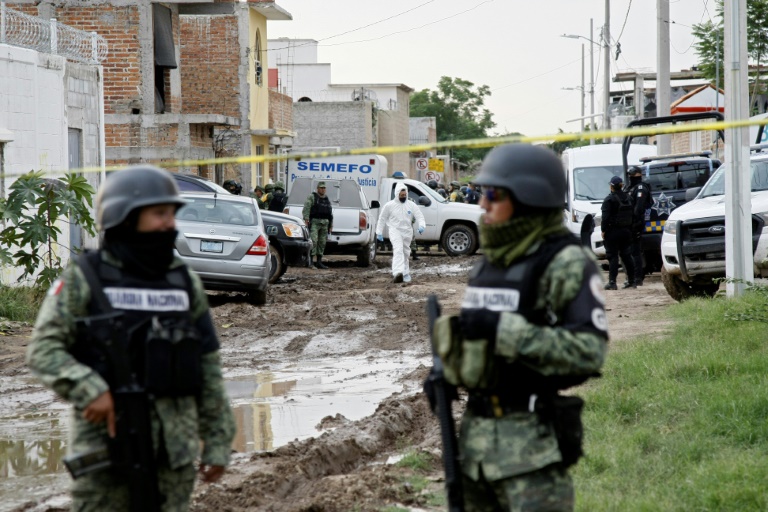 Since 2006 when the government of then-president Felipe Calderon launched a controversial anti-drug military operation, Mexico has recorded more than 340,000 murders, according to official figures.

Gangs fighting for control of lucrative routes for smuggling drugs, migrants and stolen fuel often seek to intimidate their rivals by leaving dead bodies hanging from bridges or dumped in public places.

Some types of crimes — including extortion, rape and certain kinds of robberies — have been on the rise, Rodriguez said.

President Andres Manuel Lopez Obrador took office in 2018 championing a “hugs not bullets” strategy to tackle violent crime at its roots by fighting poverty and inequality with social programs, rather than with the army.

He also created a new security force, the National Guard, made up of elements of the armed forces.

But other factors such as people isolating during the Covid-19 pandemic are more likely reasons for the drop in murders than the government’s security strategy, said Francisco Rivas, head of the National Citizen Observatory civil society group.

“The reality is that Mexico is going through one of its worst times in terms of violence,” he said.

As well as those murdered, tens of thousands of Mexicans have gone missing in recent decades “and probably many of them have lost their lives and are in a clandestine grave,” Rivas added.