Today in Mali, families are being encouraged to turn to an alternative way of building homes that is not only cheaper, but is Earth-friendly, saving trees and providing a more thermodynamic environment. Adopted from a style of building in Nubia in Northern Sudan, the homes are made of mud bricks, but with vaulted roofs.

Experts say the homes are cheaper. protect the vanishing forests and actually make homes cooler in the worsening summer heat. The Nubian vaulted homes are being promoted across Mali, as well as in Burkina Faso, Senegal, and Mauritania in an effort to adapt to a warming climate. 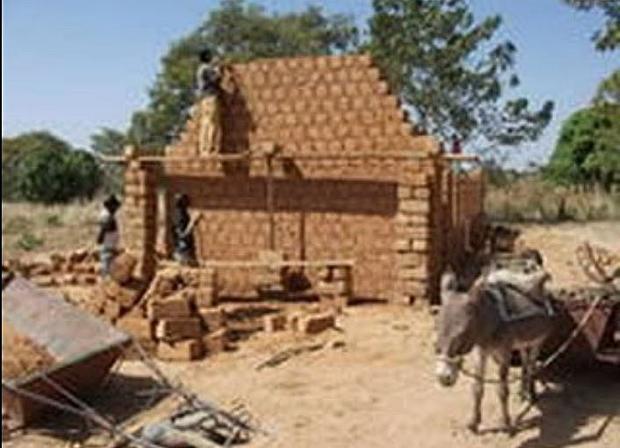 Masons have been trained in the Nubian vault style of architecture.
YouTube
“Most people, more than half, don’t have the decent housing they dream of because it costs too much to build. This is going to change with the Nubian vault,” predicted Chiaka Sidibe, 52, a mason in Massako. His village is just one of many communities in Mali adopting the Nubian-style home building technique, according to Reuters. “You just have to make mud bricks that don’t cost money, and fellow villagers help you to build your house,” he said.

Going green to save trees and build resilience to climate-change
Mud architecture is not new to Mali, a country known for its flat-roofed mosques and homes dating back to the 13th century. The Great Mosque of Djenné, a UNESCO World Heritage Site is a prime example of the Sudano-Sahelian architectural style that has been in use for centuries.

The Great Mosque of Djenné is a prime example of using adobe bricks to build structures.
USDA file photo
The new homes being constructed today fit that same style, but with one big difference, domed roofs. Mamadou Sidibe is the owner of one of the new homes. He says he was able to save four or five trees by using the new building technique and also didn’t have to save money to buy a corrugated iron roof. He has volunteered to promote the new vaulted homes to his neighbors, reports the Christian Scientist Monitor.

“I have no doubt that the Nubian vault will be widely used though it is new to us,” said Mr. Sidibe. “The first reason is the scarcity of the trees that people ordinarily cut to build the roofs of their mud-brick houses.” Not only is there a savings of hard to come by money for iron roofs, the metal roofs are hot in the summer and cold in the winter.

There is already praise for the Nubian vault homes coming from local villagers. Many say the homes are well adapted to the climate in the Sahel. They alleviate the extreme heat of summer and have already reduced the severity of some respiratory problems and illnesses attributed to extreme heat.

The Nubian vault’s revival and La Voûte Nubienne
The Nubian vault style of architecture was revived by Egyptian architect Hassan Fathy after re-discovering the technique in the Nubian village of Abu al-Riche. Fahty had for years grappled with housing the poor. His solution involved building low-cost housing using the Earth to make building blocks and involving the community in the effort. 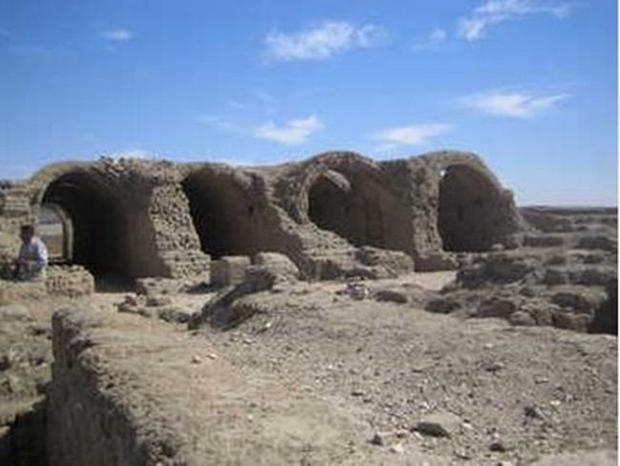 The oldest Nubian Vaults in the world: At the Ramasseum, Luxor, Egypt (1,250 BC)
The Nubian Vault Association
The technique is relatively simple and ingenious. It requires no supports or shuttering. The earthen blocks for the roofs are laid at a slight slope against the gabled walls in a length-wise vault. The same principle can be used to build domes. Some of the earliest known vaulted structures can be found in the Neolithic village of Khirokitia on Cyprus. Dating from ca. 6000 BCE..

In the year 2000, a French/Burkinabé NGO, La Voûte Nubienne simplified and codified the Nubian vault technique. Since that time, they have promoted the construction of over 1,600 vaulted structures in Burkina Faso, Mali, and Senegal. Not only have homes been constructed, but a Catholic Church, several Mosques, an elementary school, several literacy centers and a dispensary have been built using the technique.

Moussa Diarra, the NGO’s local coordinator says their aim is to build a sustainable, self-supporting market for the Nubian vault homes. Over 260 masons have been trained in the technique, and many on-the-job apprentices are also involved locally. “It can take much time to reach this goal but I’m confident the initiative will succeed,” he said.

This project has been recognized by the United Nations Framework Convention on Climate Change as an example of the kind of initiative needed to combat climate change, cutting carbon emissions and creating ways to adapt to the environment.